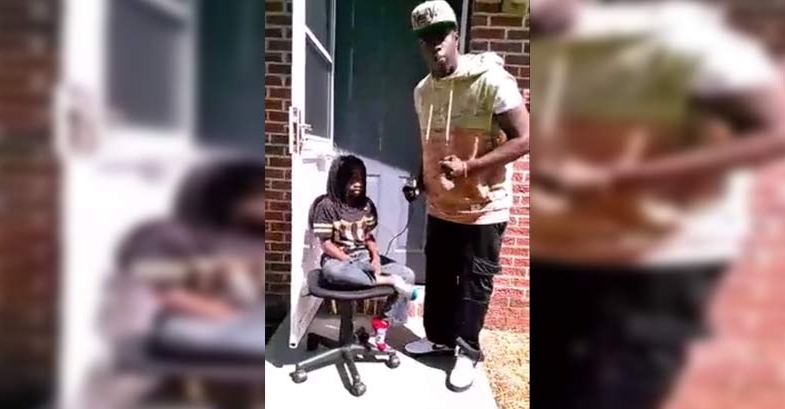 With the advent of social media, the principles of child discipline have been pushed into a worldwide forum for debate. This is undoubtedly a benefit to humanity as people sharing and spreading different ideas leads to natural progression.

However, some of these “ideas” of discipline are little less than attempts at becoming the next YouTube star. Aspiring to be a YouTube star is certainly not a negative attribute of humanity, but doing it at the expense of your children, most certainly is.

That’s what makes this video by Arsenio Mcleod so inspiring.

On Friday, McLeod posted a video to Facebook of him about to discipline his son for acting up at school. The video starts out like every other public shaming of children posted to social media, but then Mcleod shocks us all when he reveals that he never intended on humiliating his child.


“I won’t ever in my life humiliate my own DNA on social media. I’ve seen a lot of parents do that and it actually made me cry,” says McLeod as he opens up to his viewers.

McLeod then goes on to say how shaming is harmful to children. “Humiliation can cause suicide and depression,” explains McLeod.

“We live in a society now where people want to record how they discipline their child,” said Mcleod. “What goes on at home should stay at home.”

Mcleod’s wisdom in this matter is profound. All too often we see terrible parenting practices spread all over the interwebs. From mothers publicly shaming their children for tiny things, to fathers brutally beating their sons with closed fists to “instill discipline;” and all of it tossed out onto social media as if the people involved aren’t even human beings.

McLeod’s statements about the negative consequences associated with shaming children are backed up by scientific studies as well. According to Psychology Today:

Shaming and humiliating children is emotionally abusive. It is not ok to smack children physically or with words. Young people deserve and are entitled to reach out, attach and bond with their caretakers. It is an expectation that the parent will provide safety, protection, acceptance, understanding and empathy. When this does happen, children grow up knowing their worth and demanding respect from others and themselves. When children are emotionally or psychologically abused, they grow up feeling unloved, unwanted, and fearful. Normal development is interrupted and it sends the wounded child into exile. This is when negative internal messages are developed and why we have so many adults today feeling “not good enough.”

According to his Facebook page, McLeod has received some less than enthusiastic responses to his approach. What do you think about the following video? Let us know in the comments below.


Previous NYPD Commish: Hard to Hire Black Cops Because ‘So Many Have Spent Time in Jail’

Next [WATCH] The Realities of Smart Gun Technology