A man wanted a woman to drop assault charges, which she filed against him.

In a bid to please the woman, he exposed himself to her.

Wiley Lee Sanders (32) of Alabama, is now facing additional charges of indecent exposure after dropping his pants in front of his victim, police said.

According to court documents, Sanders of Tuscaloosa, offered to have sex with the victim in exchange for having the charges against him dropped.

He left when she refused, but he returned a few hours later, according to the victim.

When the victim opened the door, Sanders pulled down his pants and exposed his private parts, police said. He then allegedly offered to come in to her home or bring her back to his apartment.

The victim declined, closed the door and reported the incident to the police, who issued an arrest warrant for Sanders.

Sanders was booked into the Tuscaloosa County Jail, but has since been released on bail. 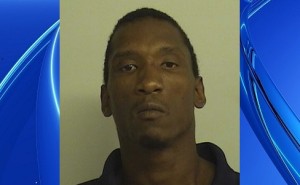