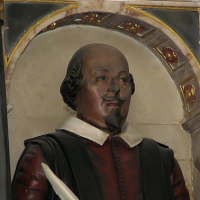 In my May 31, 2011 article titled “Our First Lady: Bitter Harridan,” I wrote that in her Princeton thesis Michelle Obama lamented: “I have found that at Princeton no matter how liberal and open-minded some of my professors and classmates try to be toward me, I sometimes feel like a visitor on campus – as if I really don’t belong.” She [specifically] complained that whites made her feel “black first and a student second.”

Therein is the true elephant in the room of which the majority of America appears oblivious. Blacks by their own insistence have reduced themselves to a segregative subset outside of the mainstream of America based on their self-limiting determination to be a “color”. 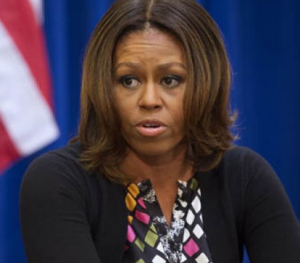 The idea that blacks are different is so deeply ingrained in the psyche of America, that the pink elephant in the center of the room goes virtually unnoticed. And when one such as myself brings attention to this, blacks predictably respond with “Uncle Tom” and “sell-out” while most whites make excuses for said distinction being necessary.

Blacks are almost always referred to by the color of their skin first. The idea of pride based singularly on color of skin nurtures blacks the way babies are nurtured through the umbilical cord. No other population group (except for illegals) are referred to and recognized as a color juxtaposed to just being an American.

Which as I argue, that while this is what the majority of blacks strive for, it is the very thing that they secretly resent. Skin color, as a descriptive is a constant reminder to blacks that they are different and it is a reminder that is almost always tethered to a quantifiable negative or a dis-associative cultural distinction.

For example, hip-hop and gangster-rap can be romanticized and fictionalized as representative of black people and as outward lyrical expressions of black culture. But in reality it is nothing more than a violent, vulgar, misogynistic expression of contempt for propriety and acceptable modernity. It is an elevation of unfettered disrespect for self and community.

To make matters worse, few beside myself are asking the question pursuant to why that which embraces commonality receives such celebratory exaltation when associated with blacks.

There is also the glaring, and I believe, unconscious disrespect shown blacks, specifically professional blacks, by young people who are not black. Frequently blacks are greeted and/or addressed insultingly by those in the service industry with “hey man,” “what’s up man,” “hey boss/hoss” ad nauseum. To be sure the latter can be a regional salutation. But more frequently it is predicated upon the public image portrayed by television, music, and Hollywood. It is also not the way most of these very same service employee persons, acknowledge those individual who are not black.

White youth are not copying proper speech, proper dress, proper behavior, and other acceptable behaviors from blacks – they are copying Ebonics, inappropriate dress, boorish behavior, ad nauseum. Propriety isn’t glamorized by the media and/or on film; rather it is that which is anti-social and disrespectful on every level.

Blacks have worked at being different and outside the mainstream to such an extent that segregative speech and a segregative mindset are commonplace nearly whenever they are referenced.

It offends me to hear well meaning persons unwittingly make statements that are then used by race-mongers as validation of whites believing themselves superior to blacks. When in reality said people are only parroting what they have been inculcated by race-mongers and Marxist behavioral-culturists to view as proper. The neo-Leninist theology of alienation and subjugation – utilizing skin-color as an avatar, has resulted in inferiority and spiritual destruction.

As long as blacks continue to believe their self-worth is based on skin-color they will feel displaced and will consciously or unconsciously feel like outsiders.

It is doubtful that Michelle Obama has ever spoken more honest words, (apart from hello and goodbye), than when she lamented being made to “feel black first and a student second.” But she wasn’t intellectually honest enough to reason her feeling same. This is also commonplace for most blacks. They blame whites for feeling alienated when alienation is exactly what they strive for.

The next great step into modernity for America will come only when Americans cease to reference and recognize one another by skin color. Until then government will compartmentalize us, and race-pimps will amass fortunes prostituting race-based immiseration, acrimony, and despair.


Previous VIDEO: A Real Time Civics Lesson From The Bundy Ranch: A Republic If You Can Keep It

Next The Black Star Project: Only Pretending To Care About Black Children