A beefy, tattooed New York City Sheriff’s deputy, Miguel Pimentel, has the women of the Big Apple (and basically everywhere) begging to be arrested by the buff man in blue after Instagram photos of his bulging biceps were shared on social media and went viral.

“Excuse me while I commit a felony,” several Twitter users joked while sharing photos of the bodybuilder/Marine/hunkzilla.

“I’m a bad girl cuff me and take me to jail,” @RoseZ_Winter pleaded. 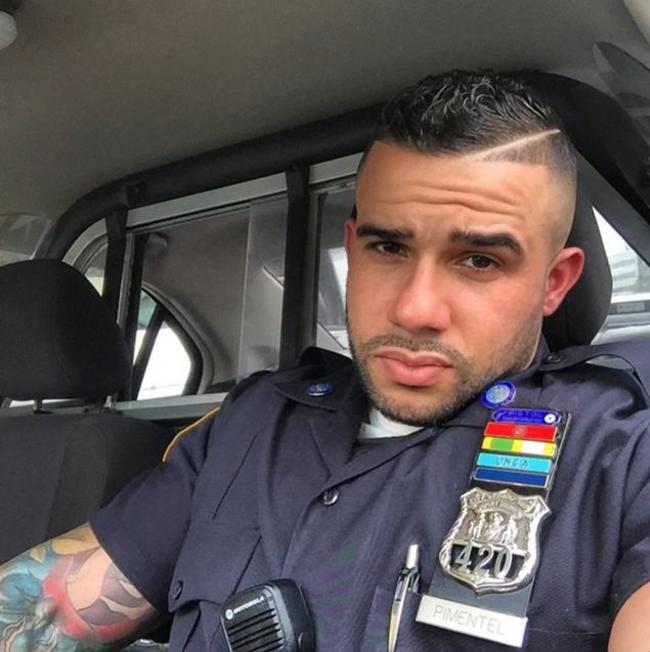 “I’ve already gotten a couple of women approach me on the street, saying, ‘Oh you’re the cop on Facebook,’” said the 33-year-old former Marine who served three tours in Iraq and one in Afghanistan. 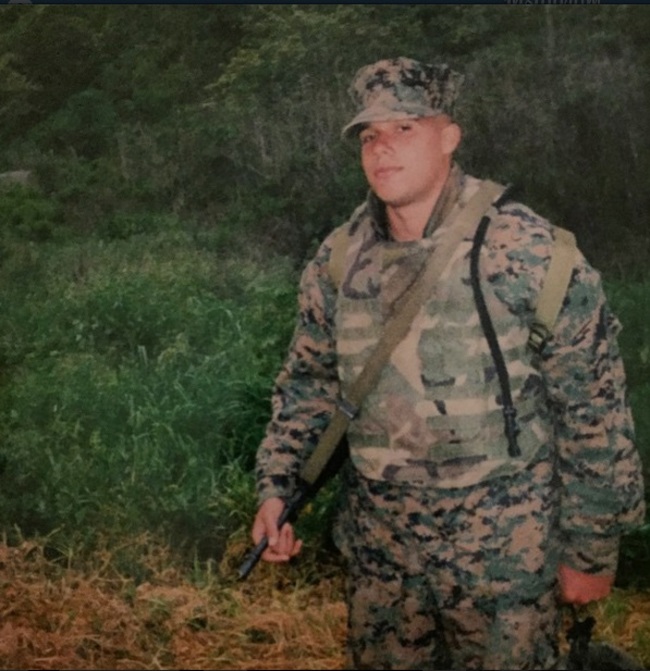 “A thing that happens a lot is when I go out in uniform, like to get lunch, I’ll go to like a Subway and the female workers will talk about me in Spanish because they think I don’t understand,”said Pimentel, who is Hispanic. 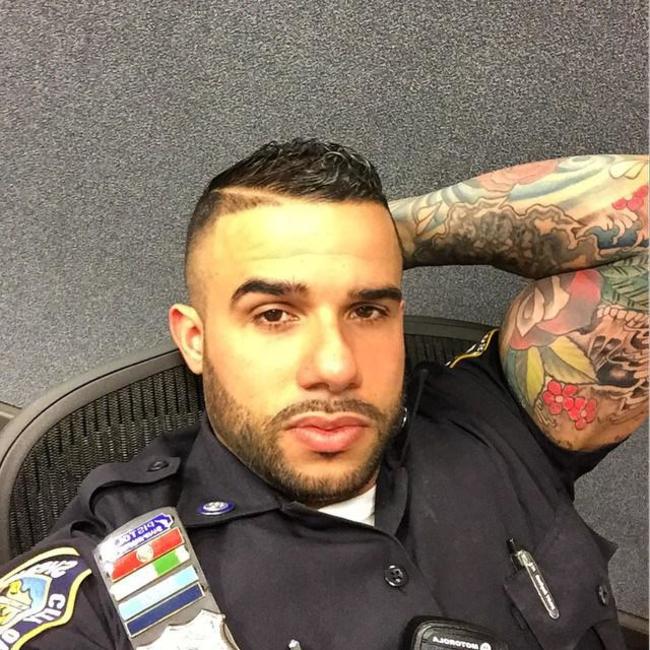 “They’ll say things in Spanish like, ‘Oh I want him to handcuff me’ or, ‘I want to take him into the back room’ or something like that. But I fully understand what they’re saying,” he said, laughing. “I usually just act like I don’t know what they’re saying until I’m about to leave and then I’ll tell them, ‘You know I understood what you were saying, right?’”

His mother is excited about all the attention her son is receiving, exclaiming “I love it! It’s my son! Isn’t he cute? He’s so handsome, he’s got it all.” 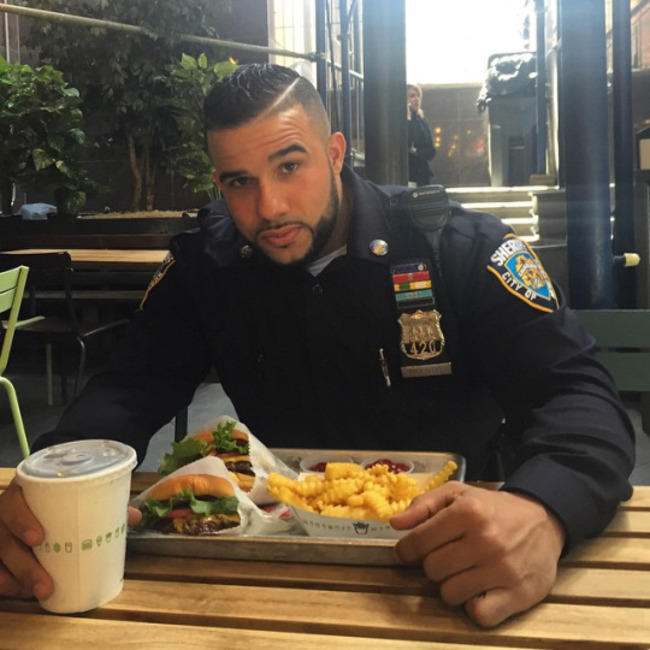 And sorry ladies, he is currently off the market! He has a steady girlfriend of two years and his mother says “she’s a beautiful girl.”

But, hey…don’t let that keep you from dreaming… 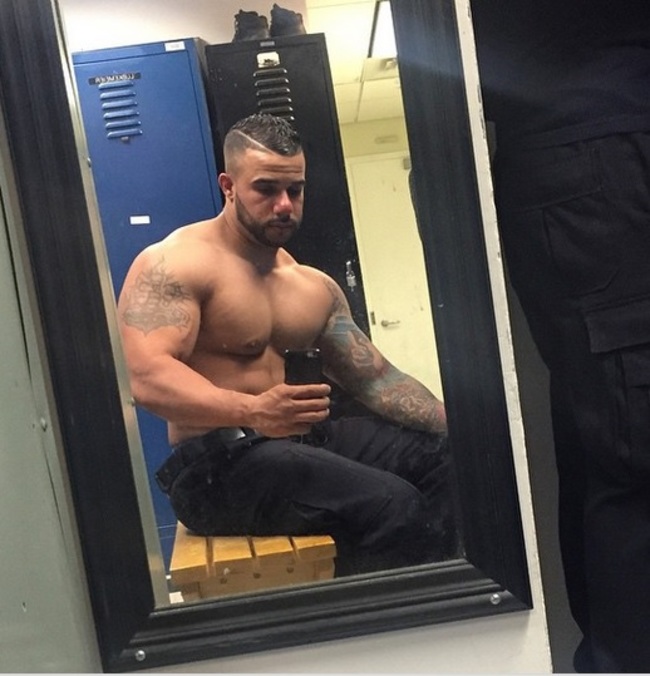 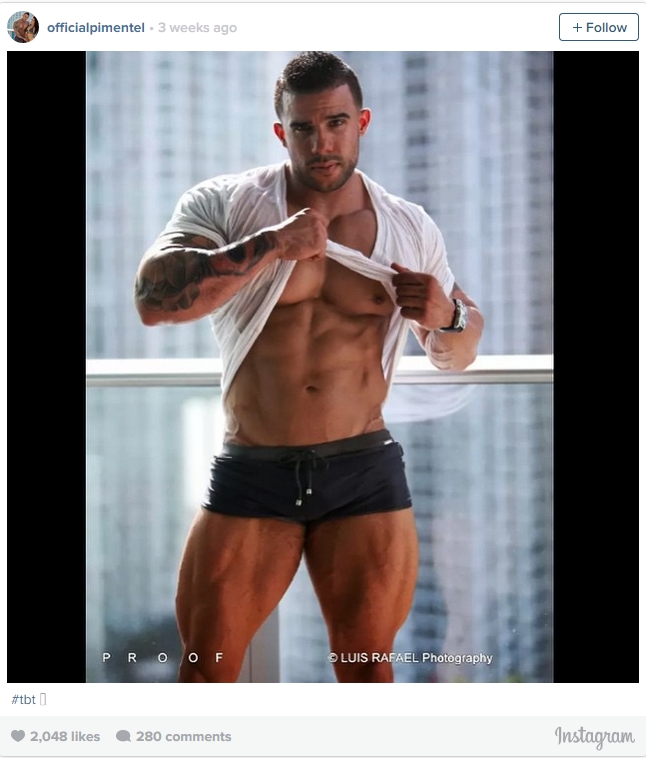