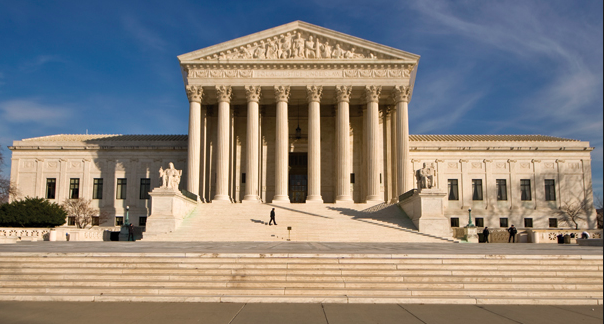 The Supreme Court has made another horrible decision for the poor folks that wish to arm themselves in East Berlin, I mean, San Francisco.  The Court let a law stand that states that residents of the city of San Francisco must lock up their ammo and guns at all times in the home.  Yes, that means they will not be able to get to the gun should they need it for self defense. They are allowed to keep the gun on their person, yet who sleeps with a gun on?  Maybe they should so they can effectively defend themselves.

This appeal, filed by the NRA ,was intended to help loosen gun laws in the fascist city. The court also upheld a ruling banning “expand on impact” ammunition, otherwise known as hollow-points claiming there is no “sporting purpose” for such a bullet.  Of course there isn’t a sporting purpose for hollow-points.  They are for self defense.  They expand on impact doing more damage to a human.  They also travel at a slower speed due to a lack of aerodynamics and will be less likely to penetrate a wall because they explode on impact.  Wouldn’t that be beneficial in a city that has people crammed so close together that they can smell their neighbors roses on the counter?  One would think common sense would prevail, but  we are talking about San Francisco and the Supreme Court here.

Two Supreme Court Justices said they would have liked to hear the NRA’s appeal, Antonin Scalia and Clarence Thomas.  Where are the rest of you judges who claim to support rights?  “Freedom isn’t free.” No, it isn’t.  We pay in taxes to have it systematically removed from us bit by bit. Not surprisingly, the gun owners of San Francisco are increasingly frustrated with the unconstitutional gun laws forced upon them.

Next VIDEO: A Real Time Civics Lesson From The Bundy Ranch: A Republic If You Can Keep It