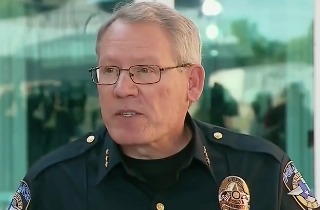 Casebolt was suspended after video surfaced of him getting into a confrontation with and drawing his weapon on teens outside the community pool.

Conley called his actions “indefensible” and said, “He came into the call out of control, and as the video shows, was out of control during the incident. I had 12 officers on the scene, and 11 of them performed according to their training.”