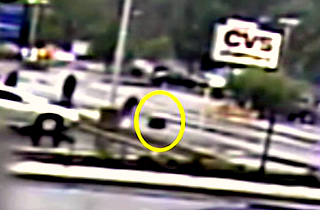 Rahim was being watched by the Joint Terrorism Task Force and was suspected of plotting to behead a police officer. According to the police’s version of events, Rahim approached them in the parking lot of a convenience store brandishing a “military style knife”; after he declined orders to put it down they opened fire, killing him.

Rahim’s family said video of the incident released yesterday does not support the official version of events. Via the Boston Herald:

The Rahim family said in a statement the video “does not show Mr. Rahim as the initial aggressor. Instead, it shows that at least five law enforcement officers approach and surround Mr. Rahim.”

According to the Herald, the ACLU is calling for an independent investigation of the incident.

Next NYPD Commish: Hard to Hire Black Cops Because ‘So Many Have Spent Time in Jail’