A teacher’s good intentions landed him in hot water.

The teacher of Florida, has been suspended for using a signal jammer to prevent students from using their cellphones during class.

The Fivay High School allows students to use their cellphones between classes, but not during class. 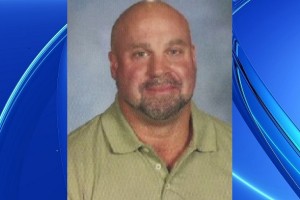 Science teacher Dean Liptak was trying to get students to focus on his lessons instead of their phones so he came up with the solution to jam the phones during class.

However, Verizon called the school to complain that the cell tower close to the school was being effected from inside the building, causing people’s cellphone service to be disrupted.

Members of the Pasco County School Board said that Liptak’s actions could have been deadly as it might have disabled someone in the school from calling police in case of an emergency.

Police officers in the area might have also been affected by the signal jammer.

The school board has approved a 5-day suspension without pay for Liptak over his actions. Liptak did not challenge the decision.

Using a signal jammer is actually against the law. Liptak could have faced criminal charges. Police decided not to press charges against Liptak as he did not have malicious intent.