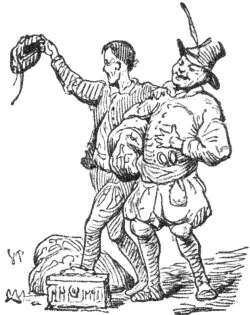 Politically correct propaganda has invaded our collective conscious with terms that somehow make what was once thought of as abnormal now seem normal. Along with this new jargon comes a new rationale that is irrational to many who persist in living in the real world. Unfortunately, often the realists have remained silent – indifferent to or intimidated by the name-calling of those claiming to be tolerant. And so the topsy-turvy world that once was America has now become a land where free speech is only afforded to those with loud voices who have a national platform and embrace liberal ideologies. They prey upon our compassions and elevate them to a fault, obscuring reality in the process. This new ideology also embraces an “I think, therefore I am” philosophy of life that Walter Mitty exemplifies. Perhaps it is high time a new term is coined. If reality is reality – it can be argued that not dealing in reality is not sane. Therefore, the term “trans-sanity” should be applied to those who believe they are something they are not.

The two most recent evangelists for trans-sanity are CNN anchor Fredricka Whitfield and Rachel Dolezal, head of the local chapter of the NAACP in Spokane, Washington.

As for Ms. Dolezal, who is a white woman trying to pass herself off as black, her leadership in the NAACP would – at best – seem an anomaly in a sane world. However, today the greater anomaly may be that she is newsworthy at all. While Ms. Dolezal represents a segment of the population that is hard to understand, pundits who paint odd behavior with a normal brush have been quick to seize upon the opportunity to coin a new term. To them, Ms. Dolezal is not an oddity, she is trans-black. Translation: her physical realities do not prevent her from being what she thinks she is in her heart. Therefore, this white woman who embraces the black community can now claim to be black – regardless of her heritage or genetic makeup.

Although CNN anchor Fredricka Whitfield may not aspire to be trans-anything, she is just as delusional as Ms. Dolezal. In Ms. Whitfield’s world, the deranged assassin who attacked the Dallas police station is “courageous and brave.” The real problem is not that the likes of Ms. Whitefield exist, the real problem is that the likes of Ms. Whitfield are given a microphone and a national platform. And so, Ms. Whitfield has earned her standing in the Trans-sanity Hall of Fame where all things are possible regardless of reality.

To be sure, the world of trans-sanity has a booming population and includes many political and celebrity citizens, such as Elizabeth Warren, who is trans-Indian; Hillary Clinton, who is trans-poor; Barack Obama, who is trans-deprived regardless of the fact that he rose to become president; and dare I mention “Mr.” Jenner, who has become a role model for the gender confused? While we may feel sympathetic about Mr. Jenner’s confused identity, wouldn’t it be more commendable to find him the help he needs to resolve his confusion? After all, doesn’t true compassion and true love require dealing with the truth even when it hurts?

One of the more noteworthy anomalies earning honorable mention in the Trans-Sanity Hall of Fame where the irrational parade themselves as civic-minded servants of righteousness is none other than the National Association for the Advancement of Colored People, known as the NAACP. This organization was formed in 1909 for ethnic minorities with good reason but over the years has corrupted their mission and vision. Their mission states:

The mission of the National Association for the Advancement of Colored People is to
ensure the political, educational, social, and economic equality of rights of all persons
and to eliminate race-based discrimination.

And their vision statement declares:

The vision of the National Association for the Advancement of Colored People is to ensure a society in which all individuals have equal rights without discrimination based on race.

Really? “To ensure the political, educational, social, and economic equality of rights of all persons…”and “to ensure a society in which all individuals have equal rights without discrimination based on race?” Are we to believe that the NAACP of 2015 is concerned about the rights of people of all colors, which would include whites? If that were true, Ms. Dolezal’s position in their organization would not be threatened. The shocking fact that Ms. Dolezal is white and not black as she represented, has become a problem for this non-discriminatory protector of all people – not her lying or her Walter Mitty inclinations. Additionally, if the NAACP is truly adverse to discrimination based on race, why aren’t they objecting to the Black Caucus in congress, or the Black Miss America beauty pageant, or the many “black only” organizations and/or contests readily found on the internet? While the NAACP fulfilled a legitimate need when it was first organized, it has now become indulgent in the race discrimination it was founded to combat. And since they truly believe themselves to be warriors of race discrimination, they also have earned honorable mention in the Trans-Sanity Hall of Fame.

Today we’re living in the days of the Emperor’s New Clothes on steroids. If the emperor is naked; he is naked and no conciliatory rhetoric or modern jargon can change that. But where is the child willing to speak the truth? Where are the masses who understand that the insane can only rule the world if the sane abdicate? The Bible tells us that we are to be watchmen on a wall – that when we see evil advancing, we are to sound the alarm and warn the people. If we do not and the people suffer at the hands of the enemy; their blood will be on the watchman’s hands. However, in 2015 the only blood that will be found on the watchman is his own resulting from the assaults he received from his own people.

When we allow the media to set the narrative and deny that Islamic Extremists are Muslims, or that ISIS is not Islamic, or that all police are racists and deserve to be assaulted, we allow the corruption of sanity to escalate. In this world, those who believe in a standard of right and wrong, or refuse to call anything but a spade a “spade”, are called intolerant or heartless. In this world, we have converted the horror or Aldous Huxley’s Brave New World into the left’s touchy-feely Trans-sanity World, where the white rabbit lives on and Walter Mitty rules. The problem is that the emperor is still naked, and no amount of well-intentioned but delusional rhetoric can change that.


Previous Anonymous Launching A Site To Compete With Facebook