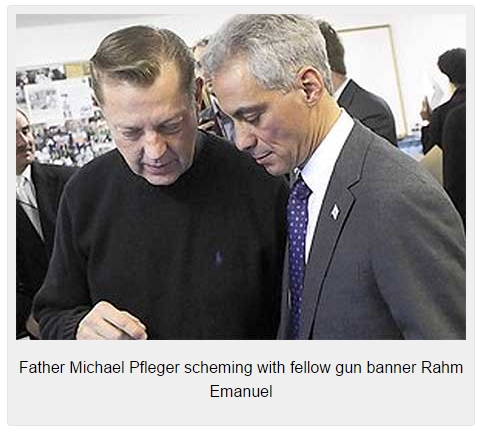 On June 11 2015, gun banner Father Michael Pfleger said it is time to “ban high capacity magazines” and to “title guns like cars.”

He also discussed his plan for cutting funds to the “gun lobby” by cutting sales for gun companies:

It should be noted that the “assault weapons” Pfleger wants to ban are already banned in Chicago. It should also be noted that a Virginia Tech review panel that studied the heinous April 2007 attack on that campus determined a ban on “high capacity” magazines “would not have made that much difference in the incident.”

Elliot Rodger proved this in his May 2014 Santa Barbara attack, an attack in which every magazine in his possession held ten rounds or less.

Pfleger’s recent statements came a week after he said the “NRA will pay for the murder” of children in crime-riddled, gun-controlled Chicago.