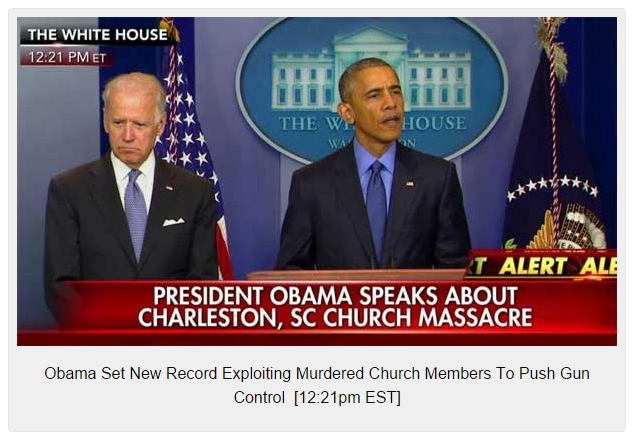 Within less than 24 hours of a twenty one year old killer murdering nine innocent church members in Charleston, SC, president Obama set a new record of politicizing their deaths in the name of gun control.

While Obama noted that now is a time for mourning and healing, he said that America must eventually “reckon with the fact that this type of mass violence does not happen in other advanced countries.”

Maybe it is his obvious frustration at his inability to erase the Second Amendment after multiple defeats that have him losing patience and jumping into the blood so soon. Just like we saw today with the Brady Campaign, who could not wait as well.

The bitter President can’t catch a break when it comes to defeating the American public’s support for the Right to Keep and Bear Arms. After getting his way on so many other Hope & Change wish list items, his frustration at defeating the Second Amendment is boiling over and it is good to see.