Evolve to America: We Need a National Gun Safety Day 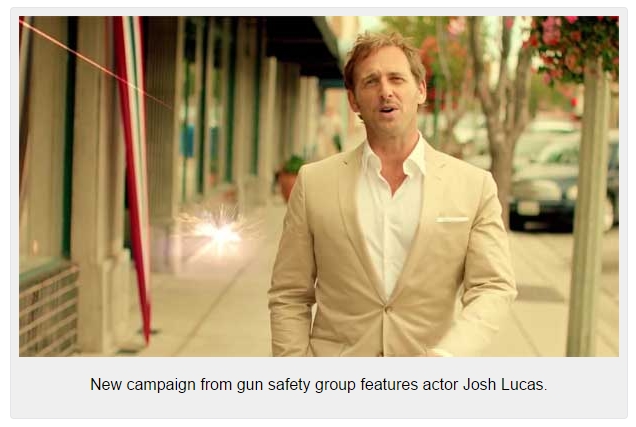 June 16, 2015 – Every day, we read about another preventable gun incident; the man who unintentionally shot someone in the head at a wedding; the tragedy with the 3-year-old who found the “hidden” gun on top of the refrigerator. Most gun owners know proper safety procedures, but too often the distractions of day-to-day life or the “that-will-never-happen-to-me” mentality of some results in careless behavior, injuries, or worse.

To address our country’s dumbest problem, Evolve, the organization committed to uniting Americans around personal responsibility, has launched a campaign to remind every gun owner, spouse of a gun owner, child of gun owner, friend of gun owner, and caring gun hater to “Clear It. Check it. Lock it.”—three simple and memorable steps for safe gun behavior.

At the heart of the campaign from Evolve, the same organization that produced the wildly-popular “Playthings” and “Don’t Be a Dumbass” PSAs, is the new video featuring actor Josh Lucas. In the spot, Lucas reminds America of what it should already know: that gun safety is everyone’s issue and that all guns should be kept unloaded, locked and properly stored when not in use.

As part of the campaign, Evolve is asking every American to help make history in the next 30 days by signing a petition at www.evolveusa.com advocating for the official designation of National Gun Safety Day. Evolve hopes that this day will support more ongoing safety efforts by the gun industry, safety organizations, retailers, communities and corporations and create a groundswell of activity around the issue.

Evolve is a nonprofit organization made up of gun owners and non-gun owners that serves a unique purpose to motivate all Americans to become active gun safety advocates. The organization is consciously apolitical and works with a number of groups, including those on both sides of the gun issue, to help prevent avoidable gun incidents caused by careless gun owners. For more information on Evolve, visit http://www.evolveusa.com.

Next Amber Kunau: I’m Lucky To Be Alive