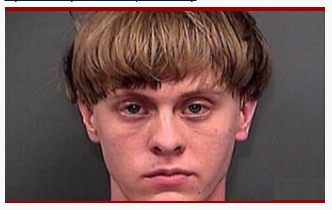 Ever since Dylann Roof became the suspect of the nine murders in Charleston, the media has been looking into his past in order to shed light on his motivates.

Roof’s uncle, Carson Cowles, received attention when he told the media about how Roof was given a gun by his parents as a birthday present. Up until Friday, Roof’s immediate family has been trying to ride out the media’s focus on him, declining to speak with reporters and threatening to call police if they did not leave their property.

This afternoon, however, Roof’s family released a statement to a CNN affiliate, saying that they were “devastated and saddened” by the shooting:

The Roof Family would like to extend their deepest sympathies and condolences to families of the victims in Wednesday night’s shooting at the Emanuel AME Church in Charleston. Words cannot express our shock, grief, and disbelief as to what happened that night. We are devastated and saddened by what occurred. We offer our prayers sympathy for all of those impacted by these events.

Our thoughts and prayers are with the families and friends of those killed this week. We have all been touched by the moving words from the victims’ families offering God’s forgiveness and love in the face of such horrible suffering.

Our hope and prayer is for peace and healing for the families of the victims, the Charleston community, and those touched by these events throughout the state of South Carolina and our nation.

As you can imagine, words are hard to find and we would ask that the media respect our family’s privacy at this time.

Next [VIDEO] Obama: Wanting Gun Reform Is Not ‘Politicizing’ Charleston, We Need to Do Right Thing