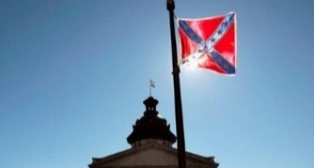 CNN’s Dana Bash just reported the scoop that Sen. Lindsey Graham (R-SC) will call upon his state’s legislators to remove the Confederate battle flag from state grounds in the wake of last week’s Charleston church shooting that left nine dead.

According to Bash, Graham is set to announce his request during a presser with Gov. Nikki Haley (R) on Monday afternoon. Much like other GOP presidential candidate Jeb Bush, Graham will reportedly call for the flag to be put in a museum.

In the days following the deadly attack at the Emanuel AME Church, the Confederate flag came under scrutiny as the alleged shooter Dylann Storm Roof had used it repeatedly in his personal life as part of a white supremacist ideology. Graham initially defended the flag being flown at the state capitol, telling CNN: “This is part of who we are. The flag represents, to some people, a civil war, and that was the symbol of one side. To others, it’s a racist symbol, and it’s been used by people in a racist way.”

But, as Bash reported from sources close to the decision, Graham feels that as “the sole white senator” from South Carolina, “he felt that it was in some ways easier – and more symbolic – for him to take the lead than his junior senator Tim Scott, who is African American , or Governor Nikki Haley, who is of Indian descent…”

Previous A MUST WATCH VIDEO By George Will On Colleges