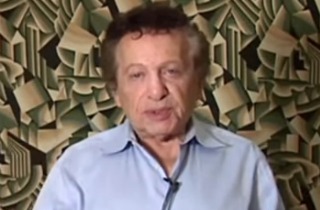 Comedian Jackie Mason has waded into the debate about comedians and political correctness, saying that free speech these days is only for minorities, not white people.

And especially white people who have certain beliefs about social issues.

The Hollywood Reporter exclusively obtained selections from Mason’s interview with radio host Aaron Klein, set to air Sunday, in which Mason agrees with Jerry Seinfeld about the “creepy” PC culture. He lamented how “before, you couldn’t pick on homosexuals because it was bad taste… now it’s exactly the opposite, homosexuals can attack you and abuse you.”

It’s the same deal with black people, Mason said, because “a black person can call you anything he wants” but not the other way around.

He declared, “There is only free speech now in this country for black people and homosexuals and any other minority… But if you are a white Protestant American gentile, you can’t say a word.”

Listen to a clip of Mason’s comments below, via Aaron Klein Investigative Radio: