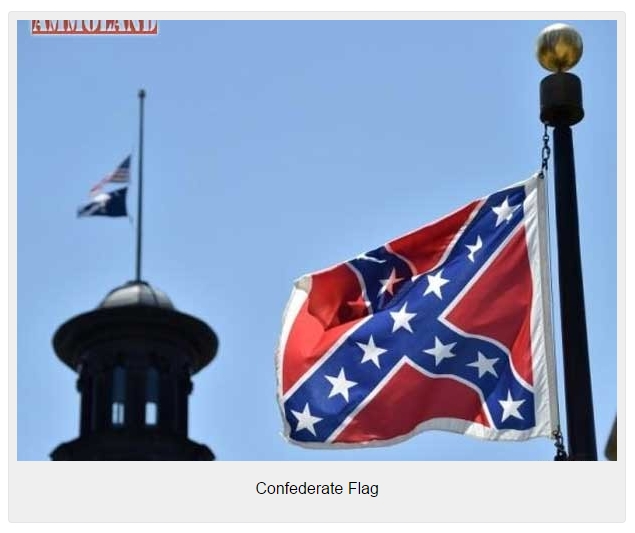 His call comes in the wake of the heinous attack on Charleston’s Emanuel African Methodist Episcopal Church. It follows a photo of the suspected gunman, Dylann Roof, in which Roof is seen leaning against his car with a Confederate flag license plate visible on the front of his vehicle being widely circulated.

Here were Romney’s exact words: “Take down the Confederate Flag at the SC Capitol. To many, it is a symbol of racial hatred. Remove it now to honor Charleston victims.”

With this, Romney joins President Obama in calling for the flag to be removed. In so doing, the former presidential candidate fails to realize he is taking a page of out of the left’s playbook, whereby they blame the flag instead of the miscreant, the gun instead of the gunman, etc.

While Romney’s motivations for doing this are unknown, the left does it because crisis affords them a window of opportunity whereby they can use emotion to succeed where reason has failed.


On April 17 Breitbart News reported that a group of black students demanded that Washington & Lee University–the very namesake of General Robert E. Lee–remove Confederate flags from campus and bar the Sons of Confederate Veterans from marching on campus for Lee-Jackson day, among other things. The group deemed the flags offensive. On July 27 Breitbart News reported that Washington & Lee University capitulated.

All eyes are on now Governor Nikki Haley (R) to see if she will likewise capitulate to Obama and Romney, blaming a flag from 1863 for the alleged criminal actions of a 21-year-old on June 17, 2015.

Sen. Lindsey Graham (R-SC) has already weighed in to say that blaming the flag for Roof’s alleged actions is like blaming a ”book he might have read or a movie he watched or a song he listened to.”

Next Karl Rove: Violence Will Continue Until The Second Amendment is Repealed