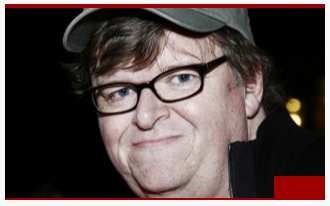 Liberal filmmaker Michael Moore jumped on the anti-Confederate flag bandwagon Friday morning, tweeting that the “someone needs [to] tear down” the “terrorist Confederate flag” flying over the South Carolina State Capitol after the Charleston shooting.

Moore also demanded the media call the shooting death of nine African-American parishioners at the hands of a racist white American an act of terrorism. To avoid accidentally making a good point, he also ranted about white terrorists. 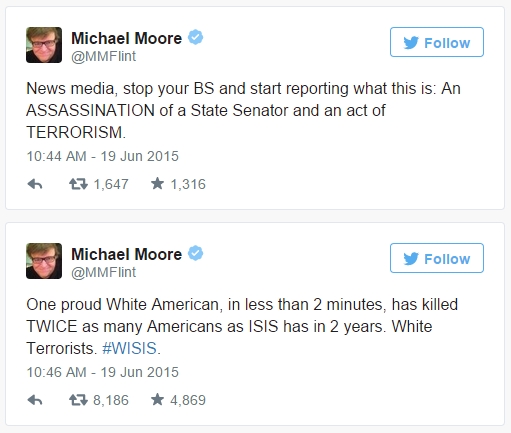 Oddly enough, despite filming an entire movie advocating gun control after a mass shooting, Moore has yet to hit the gun control angle.

Previous [VIDEO] RICK PERRY: We Need To Have ‘Good Conversation’ About Taking Down Confederate Flag