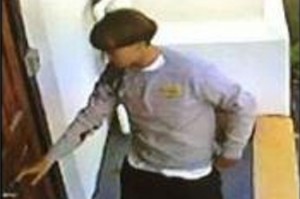 Before Dylann Roof‘s family expressed their regret on Friday for the Charleston shooting, Roof’s uncle was the only one of Roof’s relatives who had anything to say to the media. Cowles had more to say today as well, not only agreeing with the state’s interest in pursuing the death penalty, but saying “I’d pull the switch myself, if they’d let me.”

Carson Cowles was one of the first to describe Roof’s aimless and quiet behavior when he told how Roof was given a gun for his birthday. Though he said at the time that “nobody in my family had seen anything like this coming,” he was described as becoming increasingly angry when asked to comment on the possibility that his nephew was responsible for the nine murders. “The whole world is going to be looking at his family who raised this monster,” Cowles said in a report from the Washington Post.

In a later phone interview, Cowles said that Roof’s mother was “devastated” by recent events, but unlike those who offered Roof their forgiveness in court, Cowles promised there would be “no sympathy from us.”

“I watched it for 10 minutes, trying to convince myself this is just a nightmare, and I need to wake up,” Cowles said. “Those people did nothing wrong,” and Cowles added that his nephew was going to “ride the lightning” and “pay for what he’s done.”