Just when you thought the horrendous shootings in Charleston, South Carolina couldn’t get any worse, the Internet intervened to help sour your day. At least, that’s the word from a white supremacist South African party arguing that the now infamous image of Dylann Roof wearing a jacket with Apartheid-era flags on it was Photoshopped.

Feel free to take a few minutes to cry, slam your head into your desk, or both. Okay, ready?

According to BuzzFeed News, the right-wing National Front party claims it found the image on Roof’s original Facebook profile and snagged it before it was replaced. The image was uploaded to Imgur over the weekend, and rather than donning the Apartheid-era flags of Rhodesia and South Africa, Roof’s jacket has a patch from Barack Obama‘s presidential campaign on it. 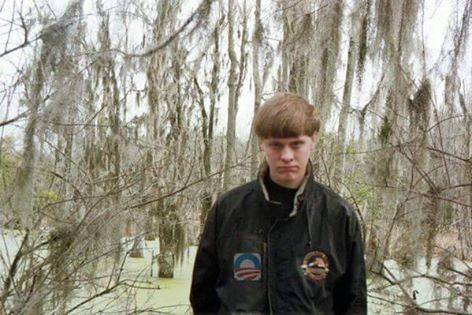 The National Front enlarged the photo and re-posted it to their Facebook page, along with a statement:


Over the past two days the liberal media in South Africa and a host of liberal social media platforms have been spitting acid about the young man who shot and killed a number of African Americans in a church in Charleston in the south of America. In particular about the fact that he had a picture on his facebook profile of him wearing a jacket with two badges – one of the former Rhodesian flag and one of the former South African flag – on the chest.

Front National South Africa started questioning the picture – something about those two badges were …”odd”. And suddenly, in the blink of an eye, the Facebook profile “disappeared”, but not before we got hold of the original “un-Photoshopped” picture. The REAL badge is rather reminiscent of the logo of the American Democratic Party of Barack Obama!

Despite the fact that the American media makes no mention of the old SA flag, the local media and their cronies used terms such as “symbols of white supremacy and oppression” and “racist symbolism” etc. It just seems that the liberal would not hesitate to shamelessly stoop to the very lowest level of despicable deceit and lies if he could use it to discredit the conservative Afrikaner. We do not know who created this forgery yet, but we will find out.

And to the South African liberal and the media who is your voice we have only this to say: “You despicable cheats! You owe the Afrikaner and the Rhodesian people an apology and if you have only one fragment of honesty and decency left in you, you will offer that apology now!”

Considering the multitude of images discovered in Roof’s now-defunct website, you’d think the National Front would find corroboration for their claims in at least one or two of the accused Charleston shooter’s many personal photos. He would have worn the jacket at least one other time, right? 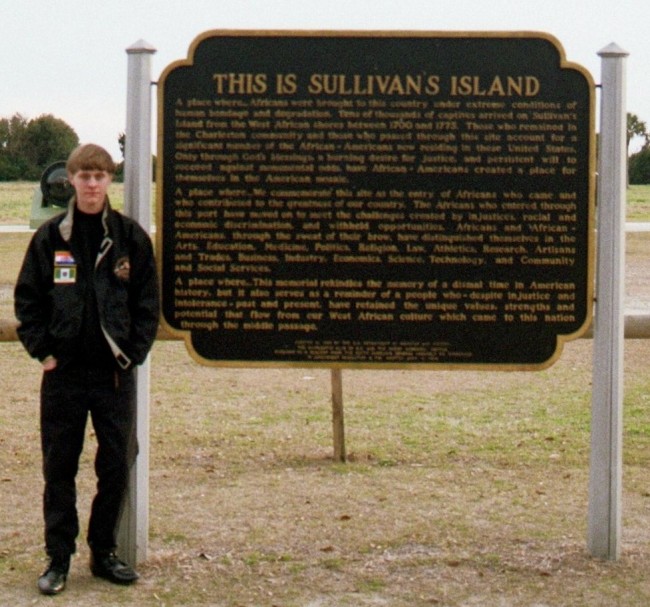 Right. In fact, Roof wears the jacket in many of the photos. And guess what? The flags are there, but the Obama sticker is not.

Next Don’t Like Confederate Flag? Burn It, Says Detroit Op-Ed.