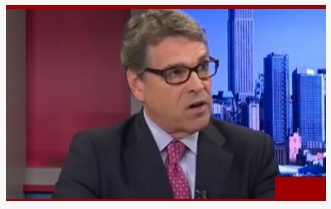 In an interview on Newsmax’s The Steve Malzberg Show, Republican presidential candidate and former Texas governor Rick Perry opined that it might be time to have a discussion about taking down the Confederate flag from state capitols.

“Confederate flag, a lot of people are saying it should come down from South Carolina’s State House,” host Steve Malzberg said. “What’s your view on the Confederate flag?”

“Well, there was a Supreme Court case just finalized that basically said the State of Texas could prohibit the Confederate license plate,” Perry noted.

“Do you agree with that?” Malzberg asked.

“Yes, I do agree with that. That’s the state’s decision,” he replied. “And again, that needs to be made in South Carolina.”

“Where do you personally fall on it?” Malzberg asked.

“Listen, I agree that we need to be looking at these issues as ways to bring the country together,” Perry responded. “And if these are issues that are pushing us apart, then maybe there’s a good conversation that needs to be had about [it].”