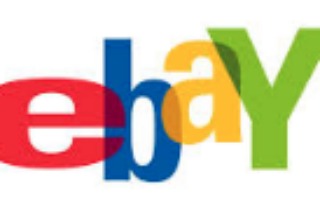 The controversy of Confederate Flag was renewed across the country following last week’s racially-motivated murder of nine parishioners at a historically black church in Charleston, South Carolina.

After Gov. Nikki Haley led legislators in a press conference where she promised that the flag would be removed from the statehouse, major retailers began to remove the flags from their shelves, agreeing that the flag is too decisive and controversial an item for modern America.

Walmart was the first major retailer to announce its plans, saying in an email on Monday, “We have taken steps to remove all items promoting the confederate flag from our assortment — whether in our stores or on our web site.” Walmart was followed on Tuesday by promises that Sears and Kmart would also stop selling Confederate paraphernalia, but major e-commerce websites remained quiet on the issue until very recently.

Despite receiving a boost in sales, Amazon has also been receiving criticism from shoppers for continuing to offer the flag on their site. eBay, on the other hand, released a statement to BuzzFeed on Tuesday morning, saying that the flag will be prohibited on the grounds of inciting racist sentiment: 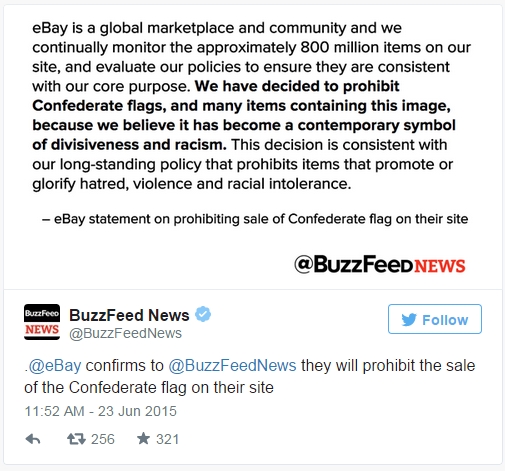 Despite it’s promise however, CNN’s Jake Tapper pointed out how eBay continues to sell WWII / Nazi paraphernalia pointing to a collectible coin bearing the swastika on sale for $9.00. 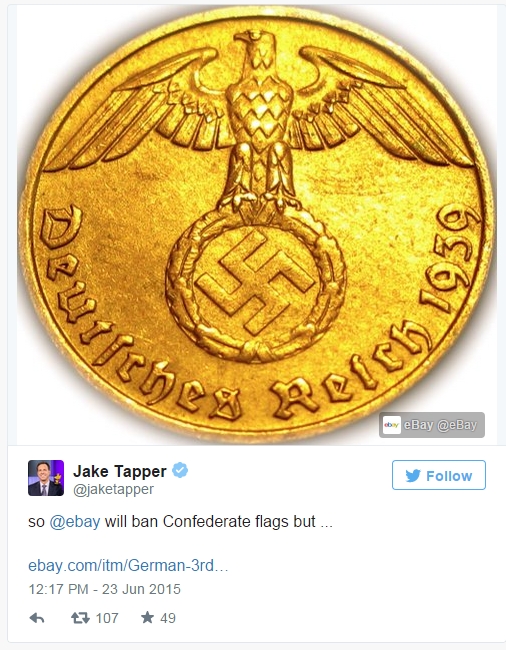 Mashable reporter Seth Fiegerman pointed Tapper to ebay’s description of permitted sales items. His tweet included a screenshot detailing how the site would allow the sale of non-offensive items with historical of collectible value. 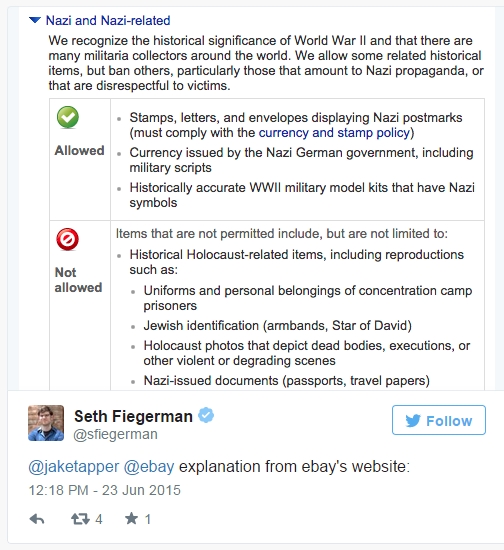