Following the announcement that South Carolina’s governor, two senators, and a score of other legislators support efforts to remove the Confederate flag from the state capitol, people turned their attention to Mississippi.

Why? Because their state flag literally has the Confederate emblem on it: 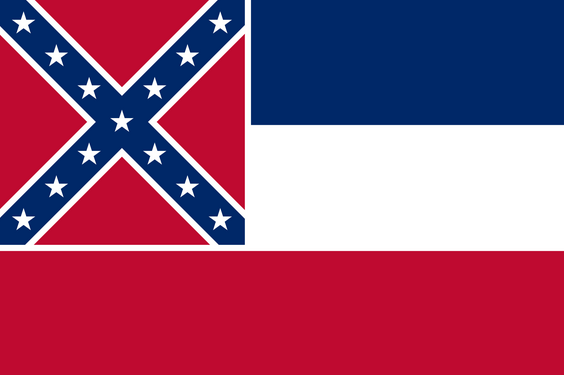 Mississippi took up the issue of changing the state flag in 2001, which would basically be the same design as above only the Confederate emblem would be replaced by a circle of white stars on a blue background.

Well, whatever efforts were underway to fight to change the flag got a huge boost tonight with comments made by Philip Gunn, the Republican speaker of the Mississippi state house, to The Clarion-Ledger:


“We must always remember our past, but that does not mean we must let it define us. As a Christian, I believe our state’s flag has become a point of offense that needs to be removed. We need to begin having conversations about changing Mississippi’s flag.”

Next Americans Comfortable Living Around Guns, Despite Decades–long Fear Campaign