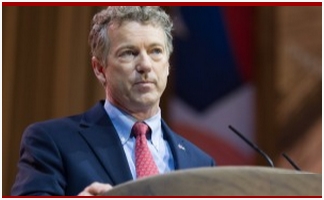 In an interview with Boston talk radio host Jeffrey Kuhner, Republican presidential candidate Rand Paul came out against the Confederate flag, calling it “a symbol of human bondage and slavery.”

“The South Carolina flag issue; a lot of Republican candidates have taken a position on it, some say it’s an issue for states rights, it’s a state issue, others say that should the Confederate flag should be brought down,” Kuhner said. “Where do you stand with [South Carolina] Governor Nikki Haley? She says the Confederate flag should go: agree, disagree?

“No, I agree,” he said. “I think the flag is inescapably a symbol of human bondage and slavery, and particularly when people use it obviously for murder and to justify hatred so vicious that you would kill somebody. I think that symbolism needs to end, and I think South Carolina’s doing the right thing.”

“The thing is that people used it for southern pride and heritage and all that,” he said. “But really to I think every African-American in the country, it’s the symbolism of slavery for them. And now it’s a symbol of murder for this young man, and so I think it’s time to put it in a museum.”

Previous [VIDEO] White People Do It

Next Virginia Gov. Wants to Put a Stop to Confederate Flag License Plates