Social media is far-reaching, and what gets posted there can often return to haunt those who say things that are considered objectionable. An East Texas firefighter is now experiencing this after being fired for his alleged offensive post on Facebook about the Charleston massacre. 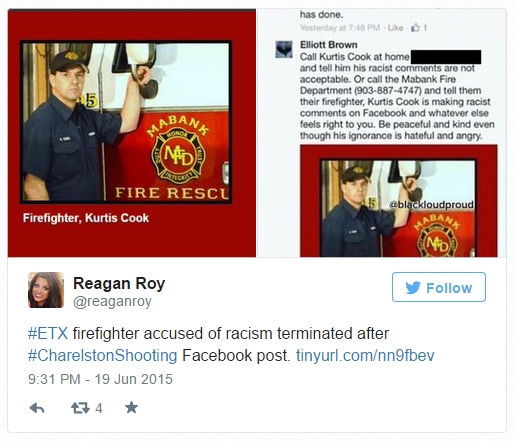 According to KLTV, Kurtis Cook, a volunteer firefighter for the Mabank Fire Department, reportedly posted in support of Dylann Storm Roof, the white man accused of fatally shooting nine people at a historically black church in Charleston last week.

“He needs to be praised for what he has done,” Cook allegedly wrote in the comments of a Facebook post by a South Carolina newspaper.

Cook’s alleged comment was quickly circulated on social media, along with his home phone number and the number of the Mabank Fire Department.


The department said on its Facebook page Friday morning that it was investigating the claims. About an hour later, the department said it had “terminated Kurtis Cook as a volunteer firefighter permanently and has trespassed him from all Mabank Fire Department property.” 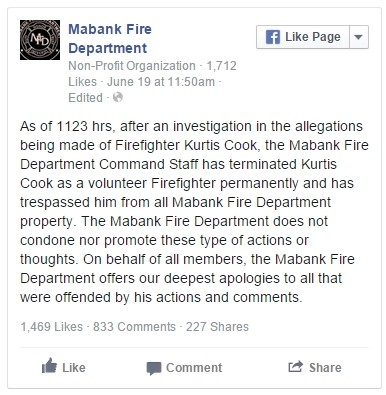 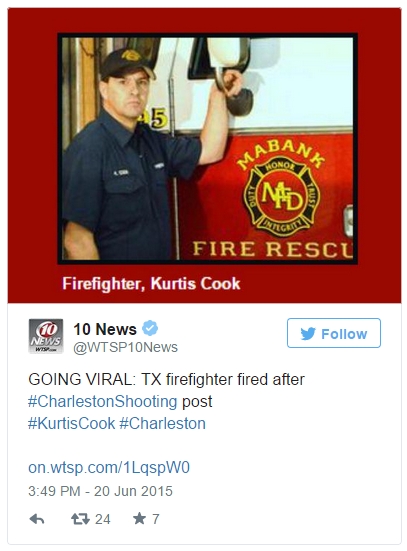