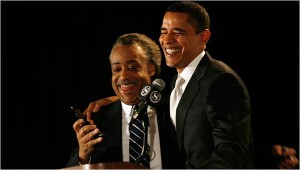 The idea that black lives matter is a damnable lie from the pit of hell and everyone knows it. Black lives do not matter. Black lives are used to vilify and bastardize white police officers, period – end of story.

I defy anyone of their Erebusic excuses for leadership to openly debate me pursuant to what I just said. I’ll pay for the pressroom at the National Press Club just as I did when Al Sharpton, Marc Morial, and Walter Fauntroy hid like little boys with soiled pants when I challenged the three of them to debate me three-on-one.

But it is too late. Tonya Reaves has literally been permitted to bleed out. She has lost approximately one-third of the blood in her body after the Planned Parenthood abortionist ripped a hole in her uterus while murdering her unborn child. 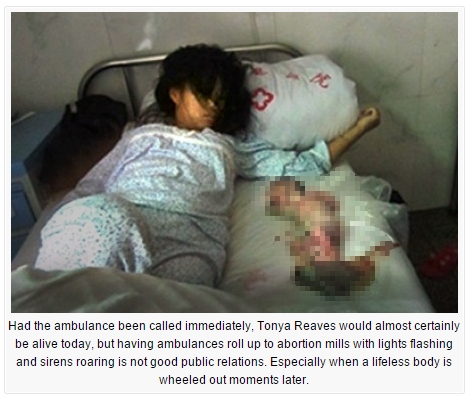 Had the ambulance been called immediately, Tonya Reaves would almost certainly be alive today, but having ambulances roll up to abortion mills with lights flashing and sirens roaring is not good public relations. Especially when a lifeless body is wheeled out moments later.

Had the murder of Tonya Reaves been even remotely associated with (white) police officers, the Al Sharpton, Obama, Eric Holder, New Black Panthers “blame whitey” road show would have sent in paid protestors to demolish the city.

But in the case of Krystal Dixon, a 33-year-old black woman, the “blame whitey” traveling road show wasted no time revving up the engines of their mayhem and riot machine. In the case, the only thing that mattered was that a white police officer, doing his job, aggrieved them.

On June 9, Dixon brought eight children (unknown how many were hers or if they all were her children) to a city-owned pool. One of the children with her was asked to leave because he was without swimwear.

Dixon left the children at the pool while she went to get swimwear for the teen. Upon her return she was told that the teen would not be permitted in the pool regardless of now having proper swimwear. Because during Dixon’s absence, the teen had knowingly gone into the pool wearing street clothes and then proceeded to become combative when told to leave.

Upon returning, Dixon was told they must leave because of the defiant and disruptive behavior by the children during her absence.

The end result was that Dixon refused to follow the instructions of the pool staff. At one point it is alleged that Dixon told one of her children to get her stun gun presumably to use against the police officer.

Predictably, a Sharpton organization member, Bishop Bobby Hilton, tells another story. His story is that the white police officers and pool staff disrespected Dixon and even provoked her. Despite a grainy cell-phone video, the on site security cameras exposed the recriminations made by Dixon and supported by Hilton to be lies.

The security cameras showed unequivocally that the officers responded professionally, and in accordance with protocol pursuant to the situation being escalated by Dixon and the children with her.

Succinctly stated, the Dixon situation took place because Dixon’s children followed the lead black children have been told almost since birth. Said being that they are above reproach. They do not have to obey “white” rules or “white” authority.

The duplicity is undeniable. The Sharpton organization and the Obama Justice Department will defend riotous disrespect toward authority. Obama transpicuously displays his support of violent disrespect for “white” law enforcement by sending White House delegations to the funerals of ghetto hoodlums like Michael Brown.

But neither Obama nor Sharpton sent a delegation to the funeral of Tonya Reaves. There was no White House comment. Al Sharpton didn’t show up with news cameras in tow.

Obama and Sharpton have not been present for one of the approximate 8,000 funerals of blacks murdered by other blacks. It is a fact that Obama has shown interest in blacks dying only when he is able to demagogue white police officers.

Tonya Reaves was a beautiful young woman who made a decision to kill her unborn child which resulted in Planned Parenthood killing her in a way that was as horrific as the method used to murder her unborn child.

But her black life doesn’t matter. Just as tens of thousands of other black lives that are violently extinguished by other blacks every year do not matter.

Next [VIDEO] White People Do It