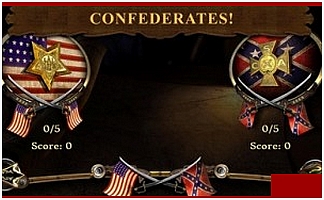 “As of the writing of this story, games like Ultimate General: Gettysburg and all the Hunted Cow Civil War games are nowhere to be found,” writes iOS gaming site Touch Arcade. The developers of Civil War games are reportedly shocked, saying they used the Conferderate flag in a historical context, not in support of its ideals.

The developer of Ultimate General: Gettsyburg told Touch Arcade he had no intention of editing the game to get back in Apple’s good graces. “Spielberg’s “Schindler’s List” did not try to amend his movie to look more comfortable. The historical “Gettysburg” movie (1993) is still on iTunes. We believe that all historical art forms: books, movies, or games such as ours, help to learn and understand history, depicting events as they were. True stories are more important to us than money.”

Next The Cultural Lynch Mob Targets the Proud History of Dixie