A man murdered his girlfriend and covered up her death for two weeks by impersonating her on social media, according to South Korean police.

The victim, 26-year-old Sunny Kim, from South Korea, was allegedly murdered on May 2.

But her alleged killer, her former boyfriend known only as Mr Lee, 24, continued messaging her friends and family to cover up her death. 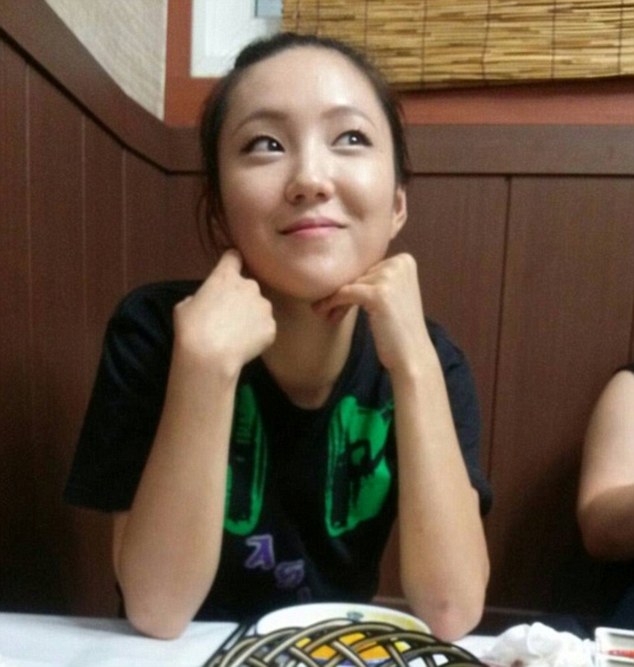 Victim: 26-year-old Sunny Kim, from South Korea and educated in the U.S., was allegedly murdered by her 24-year-old boyfriend, known only as Mr Lee

He reportedly killed Kim in a fit of rage, before burying her body under a metre of cement in the hills near her home.

Two weeks after her death, on May 18, Mr Lee walked into a police station in the southern city of Busan and confessed to her murder, according to police.

He told police that he had also tried to kill himself in a hotel nearby, and entered the police station with her wrists bleeding.

But Kim’s friends are convinced that it was just a ‘stunt to show he feels guilty’.

He told police that he had murdered his girlfriend after she had tried to break up with him. 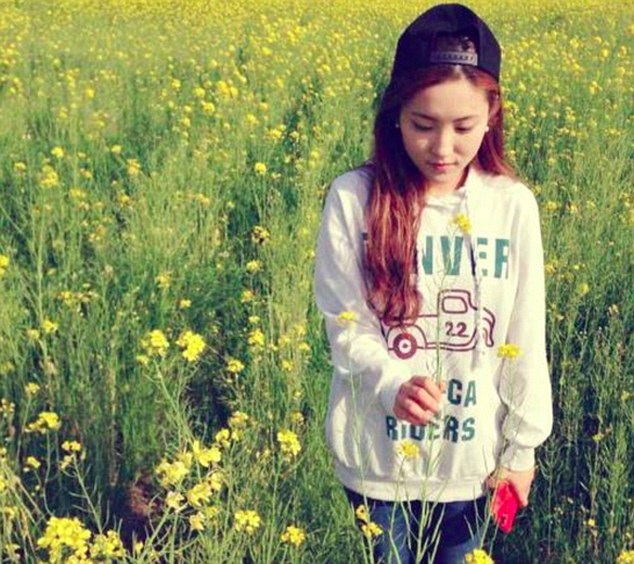 Vicious attack: Mr Lee walked into a police station in Busan, two weeks after Kim was reportedly murdered, and confessed to killing her in a fit of rage when she tried to break up with him 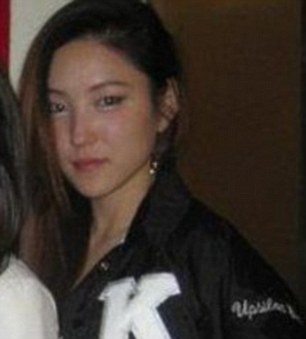 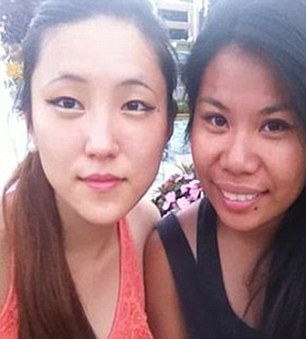 Cover up: Mr Lee allegedly messaged Kim’s friends and family on social media, impersonating her in an attempt to ‘cover up’ what he had done

Happier times: The couple had met in Kim’s native South Korea, after she returned from the U.S. after graduation to take a job as a professor

Friends of Kim’s have reported that there were many signs the couple’s relationship was abusive.

Kim had allegedly reported her boyfriend to police for hitting her, but no charges were made.

Kim’s body was discovered packed into a suitcase, and buried under cement in hills in Jecheon, a city in North Chungcheong province, near to where she was living.

Flowers had reportedly been planted over her makeshift grave.

Although born in South Korea, Sunny Kim studied in the U.S. from the age of 14, and graduated in economics from the State University of New York, Albany.

After graduating, she moved home to take a job as a professor in Busan, where she met the boyfriend.

The day she was killed she had accepted a new job and told her family that she would be seeing them soon. 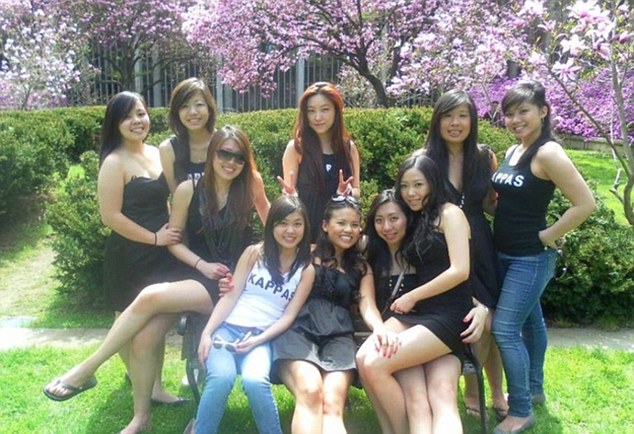 Friends and family: Sunny Kim was an active member of the Kappa Phi Lambda-Upsilon in New York while at university, and friends have said that she will be sorely missed 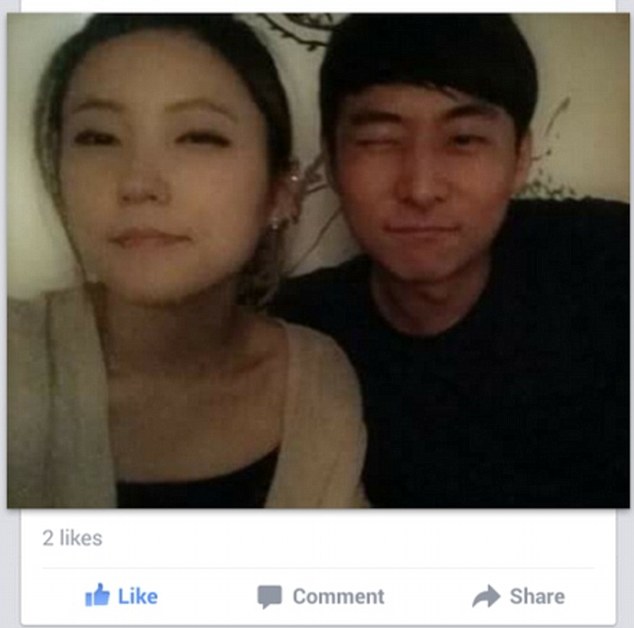 Relationship: Sunny Kim posted numerous photographs of herself and Mr Lee on Facebook, but friends have reported that there were signs the relationship was an abusive one

But Mr Lee later emailed the employer, it has been alleged, posing as Kim and saying that she would not be taking the job as she was returning to the U.S. to continue her studies.

Kim’s sister said that this was a move intended to ‘cover his tracks’.

The sister, who is currently studying in the U.S. told Buzzfeed: ‘How he text[ed] me was how my sister would text.’

‘We think he may have gone through her phone to see how she usually contacts us. It was really shocking to see how someone can really hide what they did in that way.’

Grave: Police released photographs of the site where Kim’s body was found buried in a suitcase underneath a metre of cement, in hills near to where she lived 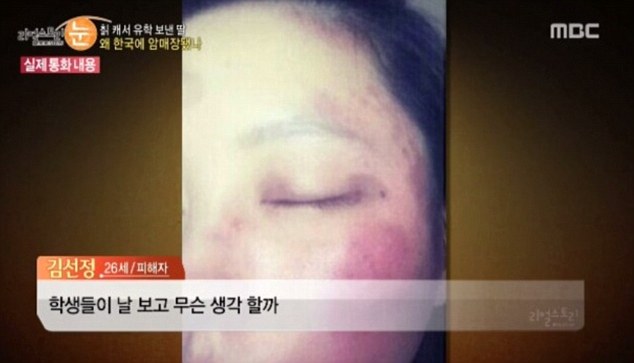 Abusive: Sunny Kim allegedly reported her boyfriend to the police, with photographs of her bruised face, but no charges were made

While studying in the U.S. Kim was an active member of the Kappa Phi Lambda-Upsilon sorority group.

The group announced Kim’s death on its Facebook page on May 28.

It said: ‘Words cannot express how much we will miss her. She was truly one of a kind and brought much light and laughter to our chapter.

‘She had a personality like no other and it was an honor to have her be a part of our sisterhood. May she rest in peace.’ 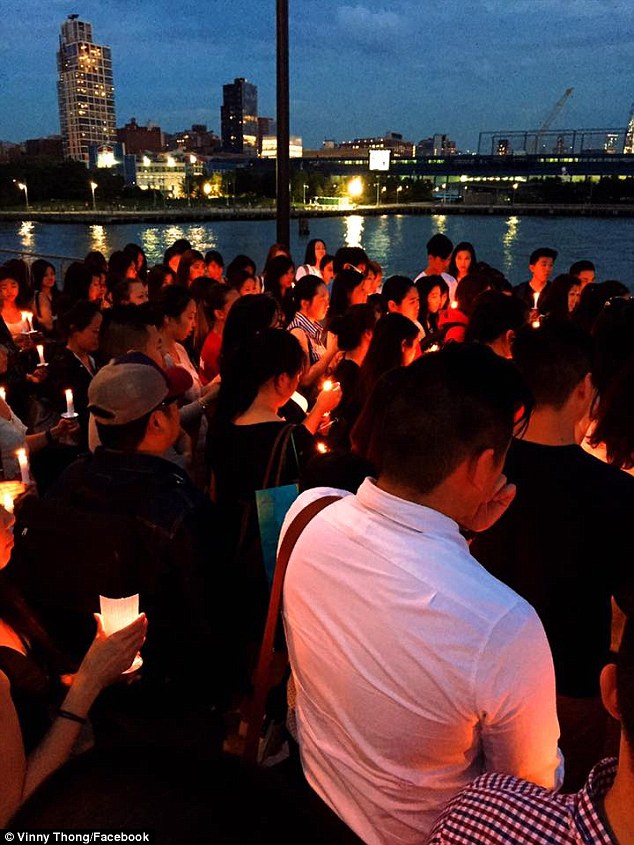 Remembrance: Kim’s friends from New York held a candlelit vigil in her honour last Friday to remember her 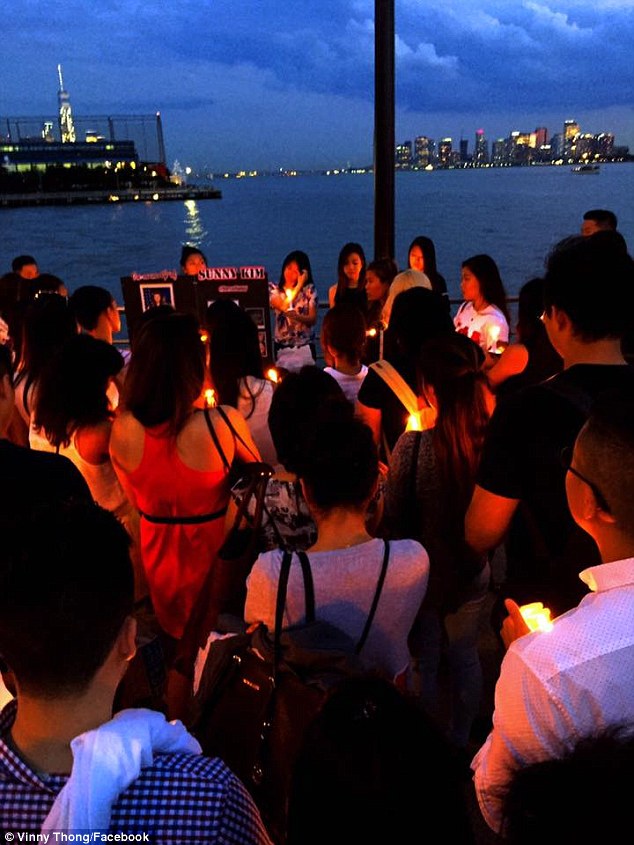 Heartbroken: The moving ceremony was reportedly attended by hundreds of Kim’s friends and classmates

The group held a candlelit vigil for Kim last Friday in New York, which was attended by hundreds of her friends and classmates.

A court date is pending for Mr Lee’s trial.