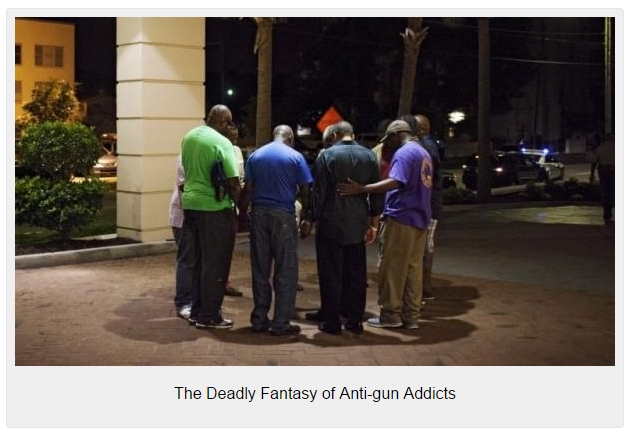 A South Carolina pastor disarmed the honest men and women in his congregation.

That guaranteed a crazy person would be unopposed when, someday, a crazy person brought a gun to church.  That sobering situation came true in Charleston, South Carolina last week.  Innocent people died.

I want all of us to learn from this tragedy so it never happens again.  I believe that the world is a better place when honorable men and women are armed.

The gun prohibitionist thinks men and women can’t be trusted with a gun.  They want a world where guns don’t exist.  I think they are crazy, and I want to explain how their craziness spreads.

There.  I said it.  Anti-rights ideologues are crazy.  Gun control advocates offer an emotional appeal to an idealized and pre-rational fantasy.  The ideology of disarmament has many aspects that make it marketable.  Gun prohibition offers a vision of moral superiority and is easy to sell.

It is time to stop talking about logic and facts with crazy people.  We must aim our arguments and our questions to the undecided listeners who still live in the real world.  The undecided listener is our potential ally.  They are our audience every time we argue against gun prohibition.

The first thing for us to do is to pull back the curtains and expose the dream-like fantasy of prohibition to the bright light of day.  Then we must tell our story.

(This is a shorter version of the article published at the SlowFacts blog.)
~_~_