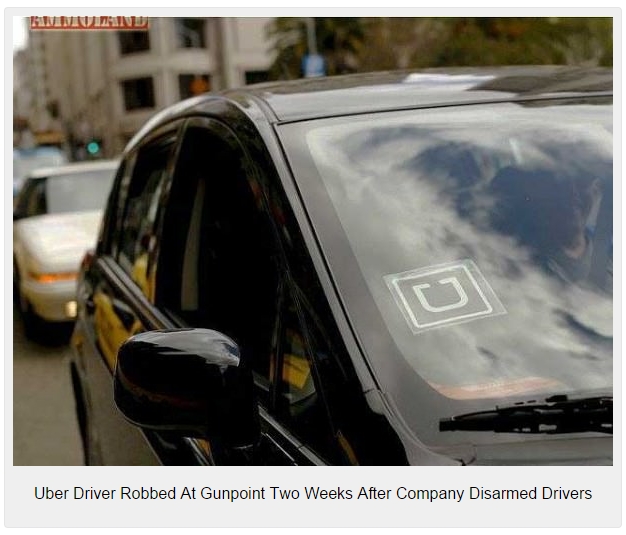 On Wednesday, an Uber driver in Queens was robbed by a man who allegedly got in his car, pointed a rifle at him, and demanded his money.

This incident took place just two weeks after Uber formally changed its gun policy by banning drivers from possessing firearms for self-defense. It comes less than a week since Uber made that change public.

According to the New York Daily News, the Uber driver stopped for up a 22-year-old man “on 67th Ave. and Burns St. in Rego Park just after midnight.” The two negotiated a price then the man got in the car, only to allegedly point a rifle at the driver and demand all his money.

The driver handed over $60 and the 22-year-old suspect jumped out of the car and fled.


The driver was not injured in the incident and Uber says they are investigating.

Ironically, when Uber announced the ban on guns for self-defense they said the impetus was “to make sure riders and drivers feel comfortable.” Perhaps they meant riders who intend to hold up drivers?

Things were different just two months ago. For example, the Chicago Tribune reported that on April 20 an armed Uber driver was able to use his concealed carry handgun to stop an attempted mass shooting. That same driver would now have to flee for cover and scream for help like everyone else, thanks to the new prohibition against guns for self-defense.

Next The Left Wants More Than The Confederate Flag Burned