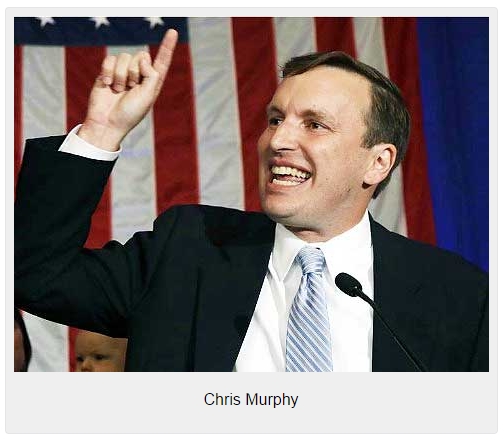 On Thursday, Sen. Chris Murphy (D-CT) said he is not confident that Walmart clerks can sell gun “responsibly.”

CNN quoted Murphy as part of a larger push to get Walmart to consider banning guns in the wake of their announcement that they have banned the sale of Confederate flags.

Murphy criticized the fact that Walmart has guns displayed their stores, saying, “I would hope that stores like Walmart would recognize the danger of having these guns displayed… an aisle away from microwave popcorn and and Xbox games.”

“I’m not terribly confident that a 21-year-old Walmart clerk is going to sell guns responsibly or be able to give customers the kind of advice they need on how to responsibly use that gun,” he said.

Murphy’s lack of confidence in Walmart employees regarding gun sales opens the door for talks of more regulation, which dovetails perfectly with his belief that the Second Amendment is not “absolute.”

On April 6, 2013, the height of the Democrats’ post-Sandy Hook gun control push, Breitbart News reported that Murphy said: “The Second Amendment is not an absolute right, not a God-given right. It has always had conditions upon it like the First Amendment has.”

Next Royal Canadian Mounted Police Ban ‘Dangerous’ 22LR Rifle, Without Ever Seeing It...?