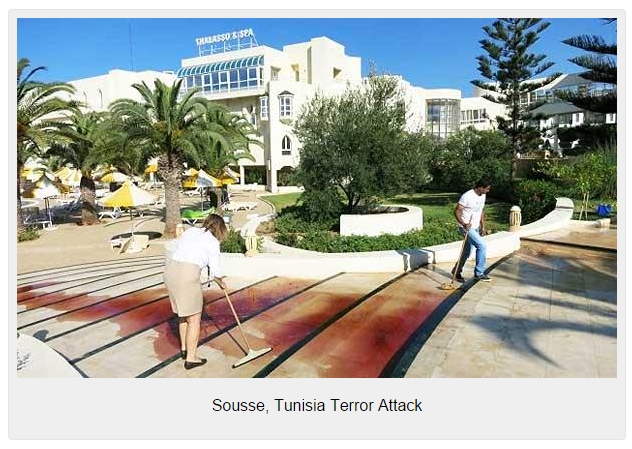 The Beat Goes On!

At a swanky beachside resort in Sousse, Tunisia, a place most Americans have never heard of, but popular with German, English, Irish, French, and other Western European vacationers, yet another major, but unsophisticated, Islamic terrorist attack took place recently. And, it was just one of several that made headlines within a few days!

At least one terrorist, armed with a Kalashnikov rifle and several hand grenades, wantonly murdered thirty-nine unarmed tourists at a seaside hotel beach, pool, and in the hotel itself. Unknown number of wounded. He had time enough to change magazines several times! He was eventually confronted by local police and shot to death. Others who may have been involved have not been arrested.

The terrorist’s rifle was concealed in a beach umbrella, and, until the shooting started, he attracted scant attention as he casually strolled out onto the sand.

The attack took place during an Islamic holiday, when few Moslems were likely to be at the beach, or the hotel.

The result of the attack is predictable: 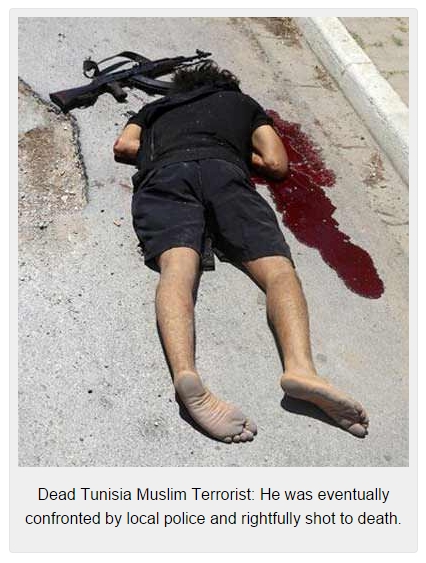 Surviving tourists are departing the area as if fleeing the plague! Tunisia’s entire tourist industry is completely collapsed in a matter of a little more than a day! There is a virtual army of newly-unemployed hotel and restaurant workers, growing by the hour!


What happened in Sousse will likely continue to happen anywhere in the world American and Western European tourists gather, even within CONUS.

Such attacks require little planning, and in the Islamic world there is no shortage of volunteers!

All Westerners are in grave danger, even if most still don’t realize it, or don’t want to face facts!

For one, I don’t go places where I can’t be armed. Heavily armed!

You wonder what it was like living in Rome in 495AD? Look around you!