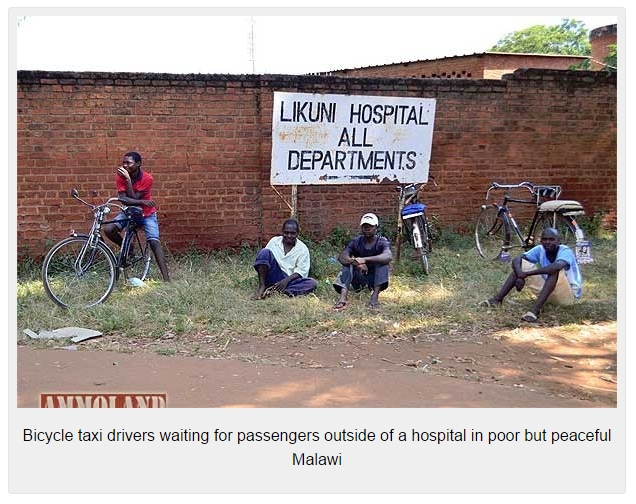 My recent article “Islands, Churches, and Guns” was met with a ridiculous criticism that gun rights advocates have left unrefuted for far too long.

Namely, the idea that it’s only legitimate to compare the US murder rate to that of other developed countries.

When one does compare the US to that cherry picked group the US looks, for the most part, bad. This false point is why gun rights haters try to limit the comparison.


Fortunately for gun rights they can’t meet the above conditions. There are many poor countries with high murder rates.

The table below shows that there are at least 36 poor countries (that’s over 18% of the 195 countries that exist in the world today) with a murder rate under 5 per 100,000. This puts them in the same category that the US and most of Europe is in.

This tells us that a country’s level of development or poverty is irrelevant to the murder rate.

The US has a rate of 4.5 murders per 100,000 of population which is well below the world average of 6.2 per 100,000. There’s no disputing that the US has the highest rate of gun ownership in the world. Putting these two facts together is part of showing that having guns isn’t the problem as gun rights haters can’t show a correlation between access to guns (or the lack thereof) and murder rates.

If the level of development of a country and rate of gun ownership aren’t determining factors what should we look at? The social dynamics that drive murder rates.

As Kates and Mauser wrote in “Would Banning Firearms Reduce Murder and Suicide?”:

…the determinants of murder and suicide are basic social,
economic, and cultural factors, not the prevalence of some
form of deadly mechanism. In this connection, recall that the
American jurisdictions which have the highest violent crime
rates are precisely those with the most stringent gun controls.

Let’s finally put to rest the idea that forcibly disarming people will make them safer. We need to stop wasting time and implement liberty so that the social dynamics that lead to a harmonious society can take hold here.