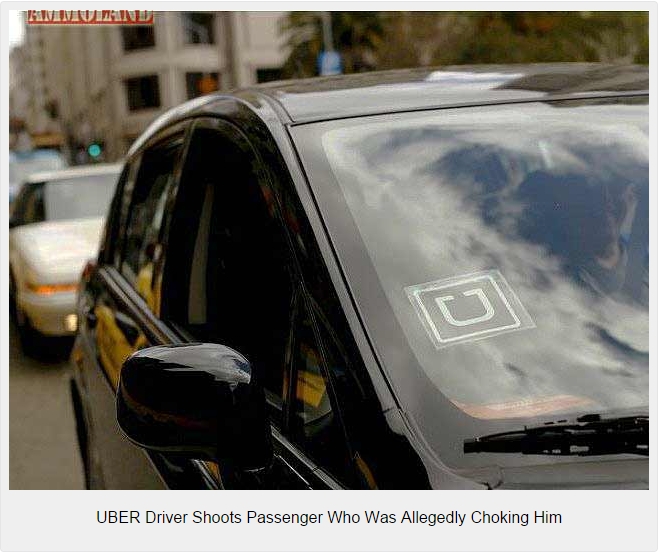 On June 28 2015, an UBER driver stopped his car to pick up a passenger and ended up shooting the man after allegedly being attacked and choked.

According to The Tampa Tribune, 74-year-old UBER driver Steven Rayow stopped to pick up 60-year-old Marc Gregory Mermel around 10 pm. An argument began and police said “Mermel [allegedly] choked Rayow, who pulled a gun from his waistband.”

Police said, “the struggle continued, [and] the gun went off and Mermel was hit in the foot.”

He was taken to St. Joseph’s Hospital for treatment for the gunshot wound.

Breitbart News previously reported that UBER formally changed its policy on drivers carrying guns by banning all firearms from UBER vehicles–this applies to concealed permit holding passengers as well. Since the ban, which has been in effect for less than three weeks, one UBER driver has already been robbed at gunpoint and now this Clear Water driver was allegedly attacked.

Just two months prior to the ban an UBER driver used his concealed carry weapon to stop an attempted mass shooting in Chicago.

Next Have You Changed Your Facebook Pic to a Rainbow Flag? You May Have Fallen Into A Trap