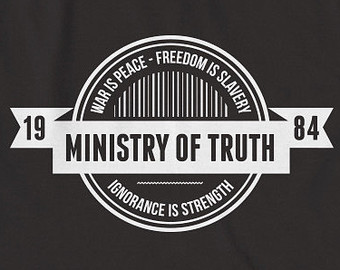 Media spokesmen from anti-gun lobby groups say they want to regulate guns in the name of safety.  They say they are for “common sense gun safety regulations”.  Are they really?  Let’s look at what the ant-rights groups say, and at what they really do.  Let’s see if we agree with their gun control proposals after we strip away the public relations spin.

I could give example after example.  Background checks don’t stop crazy people from getting guns.  Claiming otherwise is a lie.

Some people take their own life with a gun.  I wish there were laws that could protect the chronically depressed from hurting themselves.  We have not seen a decrease in suicide when states, and even entire nations, regulate firearms ownership or institute mandatory waiting periods to purchase a gun.


States that enacted the so called universal background check systems have not seen a decrease in crime.  In fact, in some areas crime has increased.  Experience shows us that criminals don’t obey firearms laws any more than they obey the laws on robbery, assault, rape or murder

These so called “common sense” regulations are definitely a burden on law abiding gun owners.  Several Washington State law enforcement agencies found it impossible to comply with the new “universal background check” regulations.  They moved their training operations out of state in order to not break the law.

I don’t see how burdening honest firearms owners make anyone safer… but then again, I believe in the human right of self-defense.

Regulate gun esthetics
Every aspect of guns and gun ownership is regulated.  Each new rule is called a common sense restriction.  Guns can’t be too large or too small.  Guns can’t be too black or too colorful, too efficient or too cheap, too smart or too stupid.  It turns out these firearms regulations apply to ordinary citizens but they never apply to government agents.

Don’t we want government employees to be safe too?  These regulations were never implemented to keep everyone safe.

Gun buy backs
Some police departments offer to buy firearms from citizens with no questions asked.  Thugs use these buy-back schemes to dispose of firearms used in a crime.  If common sense buy back events really worked so well with firearms, then why don’t the police conduct buy backs for heroin, cocaine and speed?  Wouldn’t that get drugs off our streets?

Close the “gun show loophole”
It is an old rumor that gun shows operate under different firearms regulations than the rest of the country.  It isn’t true.  Every law that applies outside the gates of a gun show also applies inside the gates as well.  The term “gun show loophole” is a marketing term.  It was designed to scare people… the same people who’ve never been to a gun show.

Firearms registration disarms criminals
There are many ways to keep prohibited persons from walking into a gun store and buying a firearm.  The simplest method is the same scheme used at bars and restaurants that serve alcohol.  Your driver’s license or state issued ID shows your age and that you’re not a felon or crazy.  The advantage of that scheme is that anyone who sees the card knows you can buy a firearm.  Many of us use our concealed carry permits for the same purpose.

Politicians and anti-rights advocates don’t like the idea of card-carrying good guys.  The politicians want an expensive burocracy instead.  They want a registry of firearms owners.  Common sense gun control again ignores a simple solution in favor of the political solution. 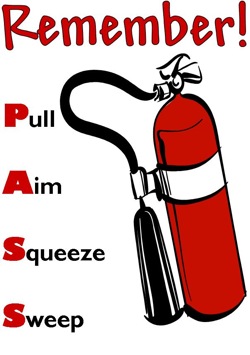 Now, ask a friend to wake you in the middle of the night and yell at you as you try to quickly unlock your safe and get your fire extinguisher.  Hurry, your house is on fire and your family will burn!

Do you see the point?  Like a fire extinguisher, you will need a firearm in a hurry on the very bad day that you need it at all.

Bedside biometric safes are a reasonable storage solution when children are in your home.  Unfortunately, mandatory storage requirements are another burden on the poor.  Storage requirements would also disarm a victim of domestic abuse unless the victim remembers to take her safe with her as she flees her abuser.

Will the anti-gun lobbying groups give free gun safes to gun owners?  They claim it would be worth it if they could save even one life.

Abstinence education and gun safety
A third of us have guns in our home.  Responsible gun owners gun-proof their children as well as making their firearms child-proof.   We teach our children to recognize unsafe behavior around guns.  In contrast, most government schools favor abstinence education when it comes to firearms.  That seems strange to me.  Most public schools teach our children about sex and drugs.  We want our children to recognize unsafe behavior, yet our public schools can’t bear to mention safe behavior around guns.  That decision is driven by politics, not by their concern for children.  That costs lives.

In conclusion, it turns out that what gun control advocates call “common sense firearms safety” is uncommon nonsense.  The gun-ban bigots lobby for laws that don’t make us safer while they condemn public measures that we know save lives.  When we look carefully at their proposals, the views of the anti-rights advocates are not commonly held at all.  They advocate for a small minority.

“Common sense gun control” and “common sense gun safety” are carefully crafted language.  These terms are born from a marketing team and refined by focus groups.  These phrases are designed to hide more than they reveal.  Sadly, that is all too common in our political discussion these days.

Listen carefully to the debate over the right of armed self-defense and compare it to what you read here.  You will have to remember because the mainstream media won’t bring you this point of view.

~_~_
About Rob Morse: By day, Rob Morse works as a mild mannered engineer for a Southern California defense contractor. By night he writes about gun rights at Ammoland, at Clash Daily and on his SlowFacts blog.   He is an NRA pistol instructor and combat handgun competitor.

Next Benghazi Lies Began With Obama and Hillary?