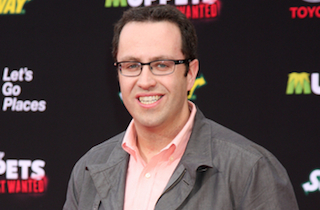 According to local news outlets, the FBI raided the Indiana home of longtime Subway spokesman Jared Fogle in connection with a child pornography investigation.

Earlier this year, Russell Taylor, the former director of the Jared Foundation started by Fogle, was arrested in a child pornography case.

Per the Indy Star, Taylor was arrested in May after he asked a woman he was sexting with if she wanted to see pictures of young girls. When police raided Taylor’s house they found a large stash of child pornography. He was arrested and reportedly attempted suicide in jail while awaiting multiple counts of production and possession child pornography.

Fogle, who rose to prominence last decade as an unlikely franchise spokesman after dropping weight on an all-Subway diet, “severed all ties” with Taylor after the arrest. It was unclear what the Feds were looking for in Fogle’s home.

Previous Followup: This couple just got sentenced for their Sex on the Beach, he was facing 15yrs

Next Amazing Video: R.I.P. Cartridge Most Deadly Of Rounds You Can Buy