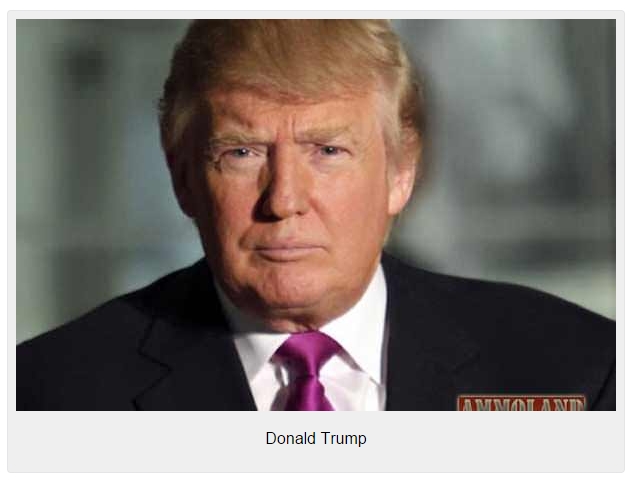 After Kathryn Steinle was allegedly gunned down by illegal alien Juan Francisco Lopez-Sanchez on July 1 2015, GOP presidential hopeful Donald Trump said the heinous act brought into focus once more the need to build a wall to seal our southern border.

Fresh off their recent attempt to quash the Confederate Flag, NASCAR responded to the policy proposal by cutting ties with Trump, saying it will no longer use “the Trump National Doral Miami resort for its postseason award banquets.”

Breitbart News previously reported that Sanchez had already been deported five times and had seven felonies on his record, but the immigration stance of President Obama, Governor Jerry Brown (D), California Attorney General Kamala Harris, and even San Francisco County Sheriff Ross Mirkarimi, made it possible for him to be in the country — and sadly, on San Francisco’s Pier 14 — on Wednesday when Steinle was killed.

As recently as October 2014 Sheriff Mirkarimi announced that his office would “no longer honor U.S. Immigration and Customs Enforcement (ICE) detainers unless they [were] supported by judicial determination of probably cause or with a warrant of arrest….” In other words, illegals would not be detained unless they met a threshold for detainment considered sufficient by the Sheriff regardless of ICE requests.

After Steinle’s murder, Trump said enough was enough. On July 3, he said, “This senseless and totally preventable act of violence committed by an illegal immigrant is yet another example of why we must secure our border immediately.”

Trump described the immigration policies that allowed Sanchez to be in the country on July 1 as “absolutely disgraceful” and criticized other GOP hopefuls for not having the “guts to even talk about it.”

He added,  “The American people deserve a wall to protect our jobs, economy and our safety… I am the only candidate who would build it. I will make America great again!”

That same day, NASCAR announced they were severing ties with Trump and cancelling any future official use of “the Trump National Doral Miami resort.”

We were monitoring it closely and started looking at our own relationship with him and how it may have an impact and ultimately made the decision it does not make sense to continue that… We looked at everything that was said and done and we heard from a lot of our partners and friends and factored all that in.

Breitbart News emailed NASCAR to ask when they assumed the task of reviewing public policy. We have not yet received an answer to that question.

Next Brady Campaign “A+” Politician Guilty of Weapons-Related Racketeering