Baltimore Police Commissioner Anthony Batts has been fired, following weeks of criticism about how the Baltimore police managed the riots after Freddie Gray‘s death: 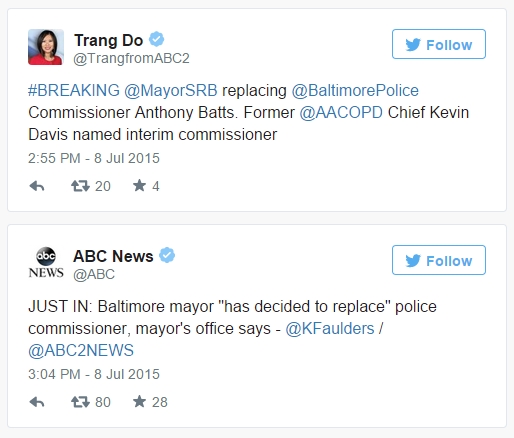 The Baltimore Fraternal Order of Police released a review of the police response to the riots this week that hit Batts pretty hard.

Batts had previously defended the slow police response to the riots and candidly said that the police are part of the problem, but he ended up getting a lot of criticism from anonymous officers.

One anonymous cop said that morale’s “in the sewers” and that Batts needs to go. Another said that the public wanted a police slowdown, so that’s what they got.

Previous Hillary Said She Never Received a Subpoena; Benghazi Committee: Yeah, You Did