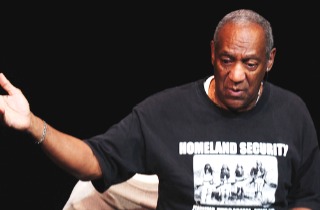 Walt Disney said Wednesday that it was removing a bronze Bill Cosby statue from its Hollywood Studios theme park in Orlando, the latest in the fallout from dozens of accusations of sexual assault.

The bust was removed after the park closed Tuesday night. Per the Orlando Sentinel, a petition to remove the statue had been gaining momentum for the past few months.

Unsealed court documents from a 2005 deposition, obtained earlier this week by the Associated Press, reveal Cosby admitting to giving Quaaludes to a women before allegedly assaulting her. The case was settled, but the revelation appeared to confirm dozens of women’s stories of sexual assault by the comedian.