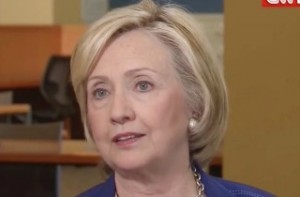 Hillary Clinton‘s Tuesday interview with CNN was bound to be be the subject of discussion due to her defensive remarks and evasion of questions on the controversies that surround her. Clinton told Brianna Keilar that she “never had a subpoena” when asked about the emails that she deleted from her servers, but House Republicans have said otherwise.

Trey Gowdy, the GOP chairman of the House Select Committee on Benghazi, said on Wednesday that he was breaking his own rule of not releasing the panel’s subpoenas in order to “correct the inaccuracy” of Clinton’s statement. The subpoena was particularly interested in Clinton’s messages from 2011 and 2012 in connection to Libya and the attack on Benghazi:

“The committee immediately subpoenaed Clinton personally after learning the full extent of her unusual email arrangement with herself, and would have done so earlier if the State Department or Clinton had been forthcoming that State did not maintain custody of her records and only Secretary Clinton herself had her records when Congress first requested them.”

You can see the subpoena here, courtesy of Speaker John Boehner: 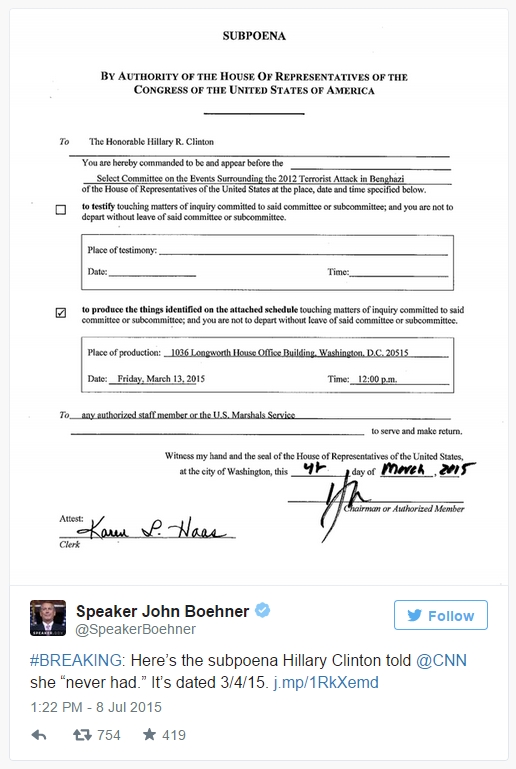 Next Baltimore Police Commissioner Anthony Batts Has Been Fired