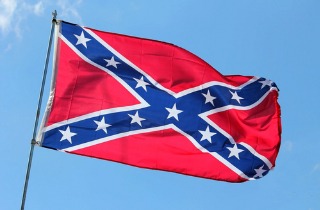 California Democratic Congressman Jared Huffman submitted an amendment to a bill funding the National Park Service that would block private groups from decorating the graves of Confederate soldiers with Confederate flags.

The proposal is only aimed at states that celebrate Confederate Memorial Day, namely Georgia and Mississippi. The Andersonville and Vicksburg cemeteries are the only federal cemeteries in those states.

“The American Civil War was fought, in Abraham Lincoln’s words, to ‘save the last best hope of Earth,’” Huffman said on the floor. “We can honor that history without celebrating the Confederate flag and all of the dreadful things that it symbolizes.”

The amendment received no debate and passed on a voice vote. The House also passed a Huffman-authored amendment banning Confederate-branded merchandise in Park Service stores.

Next [AUDIO] Bernie Sanders: ‘As a Nation, We Have Got to Apologize for Slavery’