On January 22, 2013, I wrote the following Daily Rant. It was titled “Weapons of Choice.” I repost it today and ask you — what has changed? Doctors and government continue to poison our young people and children and when they react to the side effects of their psychotropic drugs they go to gun-free zones and commit amongst other things mass murder. For those who missed this piece the first time here it is again and for those who have read it here’s a refresher read. It has been updated.

I remember my friends and I playing army and cowboys and Indians during our recesses in grade school. The sounds of pow-pow-pow rang out from our finger pistols and our imaginary rifles. I smile today as I recall the inevitable spats of “I shot you,” and “no you didn’t, or “yah but I was only wounded.”

Not one of my friends or anyone we knew or heard about grew up to be serial killers or mass murderers – unless you count serving in the various combat zones as being synonymous with same, (the thoughts and perspectives of John Kerry and Jane Fonda notwithstanding).

Growing up, even the girls in my school could handle rifles. Hunting, shooting, reloading, black powder, targets in the back yard, etc., were the norm. I had a beautiful .22 pump rifle until shortly after I graduated, and I would have given anything to have my uncle’s 30.06 rifle, but that went to someone else. 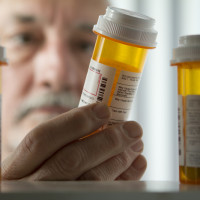 We grew up with guns, and there were any number of times our idea of conflict resolution was reduced to a shout, shove, or punch, but it never came to shooting or stabbing one another or anyone else.

There were teachers we absolutely despised and probably still would today if we were to run into them, but there was never, and I mean never, a thought given to taking a gun to school to shoot them and/or a classmate. And many of us had our rifles in our cars so we could go hunting right from school.

War movies and westerns were the norm then, even into our college years. But they never influenced us to the point that we assaulted the public with our readily available weapons.

The one thing we did not have growing up and through our years in school was a phalanx of doctors and psychiatrists dispensing prescriptions for psychotropic drugs like candy from Pez dispensers.

Former Reagan White House advisor, and president and co-founder of the Social Security Institute, Lawrence Hunter writing for Forbes Magazine wrote: “In 2000, New York legislators recognized the ubiquitous and unambiguous connection between violence, especially gun violence and mass murder, and the widespread prescribed use of psychiatric drugs. Senate Bill 7035 was introduced in the New York State Senate that year requiring police agencies to report to the Department of Criminal Justice Services (DCJS) on certain crimes and suicides committed by a person who is using psychiatric drugs, including assault, homicide, sex offense, robbery offense, firearms and other dangerous weapons offense, kidnapping and arson.” (It’s The Drugs Not The Guns; 1/12/13; Forbes.com)

Therein is the 800 pound pink gorilla in the center of the room that everyone especially the anti-gun people refuses to acknowledge.

In his last Facebook post before his highly suspicious death, John Noveske who was one of America’s most celebrated battle rifle manufacturers posted the most comprehensive list I’ve seen to date of children as young as 11 years old to adults aged 37 years who had either committed suicide or mass shootings. The one thing every one of them had in common was that they were on a prescription psychotropic drug or combination of same such as Prozac, Zoloft, Ritalin, Luvox, Paxill, Ambien, and others.

UPDATED TO INCLUDE RECENT MASS SHOOTINGS:

• Eric Harris age 17 (first on Zoloft then Luvox) and Dylan Klebold aged 18 (Columbine school shooting in Littleton, Colorado), killed 12 students and 1 teacher, and wounded 23 others, before killing themselves. Klebold’s medical records have never been made available to the public.

• Jeff Weise, age 16, had been prescribed 60 mg/day of Prozac (three times the average starting dose for adults!) when he shot his grandfather, his grandfather’s girlfriend and many fellow students at Red Lake, Minnesota. He then shot himself. 10 dead, 12 wounded.

• Cory Baadsgaard, age 16, Wahluke (Washington state) High School, was on Paxil (which caused him to have hallucinations) when he took a rifle to his high school and held 23 classmates hostage. He has no memory of the event.

• Christopher Pittman, age 12, murdered both his grandparents while taking Zoloft.

• Mathew Miller, age 13, hung himself in his bedroom closet after taking Zoloft for 6 days.

• Kip Kinkel, age 15, (on Prozac and Ritalin) shot his parents while they slept then went to school and opened fire killing 2 classmates and injuring 22 shortly after beginning Prozac treatment.

• A boy in Pocatello, ID (Zoloft) in 1998 had a Zoloft-induced seizure that caused an armed stand off at his school.

• A young man in Huntsville, Alabama (Ritalin) went psychotic chopping up his parents with an ax and also killing one sibling and almost murdering another.

• Rod Mathews, age 14, (Ritalin) beat a classmate to death with a bat.

• Elizabeth Bush, age 13, (Paxil) was responsible for a school shooting in Pennsylvania

• Chris Shanahan, age 15 (Paxil) in Rigby, ID who out of the blue killed a woman.

• Jeff Franklin (Prozac and Ritalin), Huntsville, AL, killed his parents as they came home from work using a sledge hammer, hatchet, butcher knife and mechanic’s file, then attacked his younger brothers and sister.

• Neal Furrow (Prozac) in LA Jewish school shooting reported to have been court-ordered to be on Prozac along with several other medications.

• Kevin Rider, age 14, was withdrawing from Prozac when he died from a gunshot wound to his head. Initially it was ruled a suicide, but two years later, the investigation into his death was opened as a possible homicide. The prime suspect, also age 14, had been taking Zoloft and other SSRI antidepressants.

• Alex Kim, age 13, hung himself shortly after his Lexapro prescription had been doubled.

• Diane Routhier was prescribed Welbutrin for gallstone problems. Six days later, after suffering many adverse effects of the drug, she shot herself.

• Billy Willkomm, an accomplished wrestler and a University of Florida student, was prescribed Prozac at the age of 17. His family found him dead of suicide – hanging from a tall ladder at the family’s Gulf Shore Boulevard home in July 2002.

• Kara Jaye Anne Fuller-Otter, age 12, was on Paxil when she hung herself from a hook in her closet. Kara’s parents said “…. the damn doctor wouldn’t take her off it and I asked him to when we went in on the second visit. I told him I thought she was having some sort of reaction to Paxil…”)

• Gareth Christian, Vancouver, age 18, was on Paxil when he committed suicide in 2002, (Gareth’s father could not accept his son’s death and killed himself.)

• Julie Woodward, age 17, was on Zoloft when she hung herself in her family’s detached garage.

• Matthew Miller was 13 when he saw a psychiatrist because he was having difficulty at school. The psychiatrist gave him samples of Zoloft. Seven days later his mother found him dead, hanging by a belt from a laundry hook in his closet.

• Kurt Danysh, age 18, and on Prozac, killed his father with a shotgun. He is now behind prison bars, and writes letters, trying to warn the world that SSRI drugs can kill.

• Woody __, age 37, committed suicide while in his 5th week of taking Zoloft. Shortly before his death his physician suggested doubling the dose of the drug. He had seen his physician only for insomnia. He had never been depressed, nor did he have any history of any mental illness symptoms.

• A boy from Houston, age 10, shot and killed his father after his Prozac dosage was increased.

• Hammad Memon, age 15, shot and killed a fellow middle school student. He had been diagnosed with ADHD and depression and was taking Zoloft and “other drugs for the conditions.”

• Matti Saari, a 22-year-old culinary student, shot and killed 9 students and a teacher, and wounded another student, before killing himself. Saari was taking an SSRI and a benzodiazapine.

• Steven Kazmierczak, age 27, shot and killed five people and wounded 21 others before killing himself in a Northern Illinois University auditorium. According to his girlfriend, he had recently been taking Prozac, Xanax and Ambien. Toxicology results showed that he still had trace amounts of Xanax in his system.

• Finnish gunman Pekka-Eric Auvinen, age 18, had been taking antidepressants before he killed eight people and wounded a dozen more at Jokela High School – then he committed suicide.

• Asa Coon from Cleveland, age 14, shot and wounded four before taking his own life. Court records show Coon was on Trazodone.

• Jon Romano, age 16, on medication for depression, fired a shotgun at a teacher in his New York high school.

Missing from list… 3 of 4 known to have taken these same meds….

• What drugs was Jared Lee Loughner on, age 21…… killed 6 people and injuring 14 others in Tuscon, Az?

• What drugs was James Eagan Holmes on, age 24….. killed 12 people and injuring 59 others in Aurora Colorado?

• What drugs was Jacob Tyler Roberts on, age 22, killed 2 injured 1, Clackamas Or?

In each case, the extreme mood swings, extreme behavior, and dark places of withdrawal increased in both the children and/or adults the earliest noted by Noveske being in 1998. Noveske’s list detailed 39 specific examples. He also listed 3 of 4 recent mass killers who were known to have taken those same medications – nothing is yet known pursuant to what exactly Adam Lanza was taking.

The television advertisements for these drugs include long and detailed potential side affects that range from violent thoughts to thoughts of suicide. And yet they are prescribed like candy.

The preamble to New York Senate Bill 7075 noted above read, in part: “There is a large body of scientific research establishing a connection between violence and suicide and the use of psychotropic drugs in some cases. This research, which has been published in peer reviewed publications such as the American Journal of Psychiatry, and The Journal of the American Academy of Child and Adolescent Psychiatry, and The Journal of Forensic Science, has shown, among other things, that: certain drugs can induce mania (a psychosis which can produce bizarre, grandiose and highly elaborated destructive plans, including mass murder;…and certain drugs can produce an acute psychotic reaction in an individual not previously psychotic.”

Hunter continued: “Since that time, there have been at least 12 additional high-profile mass murders linked to the use of psychiatric drugs, about one a year. And [as Noveske also notes] virtually every mass school shooting during the past 15 years, the shooter has been on or in withdrawal from psychiatric drugs.”

The New York Bill died in committee. And, as noted above, those taking said drugs have caused people around the world to die.

But rather than take on the giant pharmaceutical companies, Obama, Sarah Brady, and the anti-gun crowd blame guns for the actions of the individuals and do so in the face of incontrovertible evidence to the contrary of their “take their guns” crusade.

Meanwhile, the mainstream media and politically correct editors, publishers, and program producers chant and/or push the fallacious mantra of those who want to deprive people of their Second Amendment rights.

Next Here Are Some EXs That Got Burned HARD [NSFW-PHOTOS]