One of the men is said to have been carrying a metal selfie stick.

Now a report in the Telegraph, citing sources close to the rescue of others who were also injured, is suggesting that the selfie stick may have attracted the lightning bolt.

I have contacted the local Dyfed-Powys police for confirmation that a selfie stick may have been involved and will update, should I hear.

When lightning is around, it’s well-known that people should stay away from anything that conducts electricity. This even includes landline phones.

Golfers scamper away from their metal clubs (at least they should) when lightning is nearby. Swimmers should vacate the water, as the human body could be a channel for an electrical discharge and water conducts electricity efficiently.

Some people are struck directly by bolts (and can survive). However, some are also hit when the current has already hit the ground and is moving along it.

The National Severe Storms Laboratory says that lightning strikes can carry anything from 100,000 to 1 billion volts of electricity. It estimates the odds of ever being struck as 1 in 3,000 (assuming a lifespan of 80 years). The odds of being killed or injured by lightning during one year in the US are 1 in 240,000. 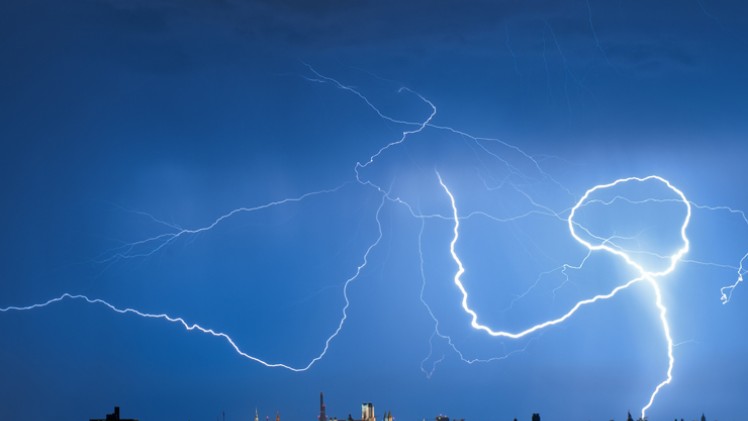 The NSSL’s suggestions for safety include finding safe shelter or a metal-topped vehicle with the windows up. If you are inside, it recommends not to lie down, even on concrete floors, and not to lean on concrete walls.

Selfie sticks have become a symbol of the modern need to photograph oneself doing anything and even nothing.

In what seemed like humor at the time, Pizza Hut created a YouTube video describing all the potential dangers of selfie sticks — a lightning strike was among them.

In the case of the walkers in Wales, rescuers told the Telegraph that the storm arrived extremely quickly.

However, the dangers of carrying anything metal are underlined by the possibility that a selfie stick may have contributed to someone’s death.


Previous [SICK] Man molests 11yo and punches two other children then says don't tell anyone about the sexual assault because he “could go to jail for a long time.”

Next [VIDEO] Woman Killed while trying to rescue Her Suicidal Boyfriend