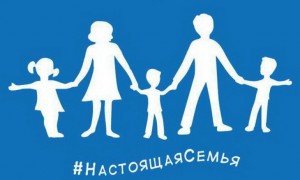 Make no bones about it — Vladmir Putin‘s Russia does not like the gays. From the country’s vehement anti-LGBT laws, to its hilariously awful response to Apple CEO Tim Cook‘s coming out, Russia does not support the LGBT community one bit.

The latest sign of this staggeringly public display of government-supported homophobia comes in the form of the “Straight Flag,” an alternative to the popular rainbow colors often associated with the global LGBT community. It’s part of a campaign organized by Putin’s political party, United Russia, and the hashtag-ready slogan translates as #RealFamily.

As The Independent and other outlets note, the flag and its accompanying campaign slogan are a direct response to the Obergefell v. Hodges decision handed down by the United States Supreme Court in June. The ruling effectively rendered same-sex marriage bans illegal in all 50 states.

Alexey Lisovenko, the deputy head of United Russia’s Moscow offices, told a national daily, “This is our reply to same-sex marriage, that corruption of the concept of family. We must to warn against gay fever in our country and support traditional values.”

“Gay fever.” Lisovenko called being a member of the LGBT community “gay fever.” Is it…? Hold on, let me check my calendar. Okay, it is the year 2015. Just wanted to make sure. 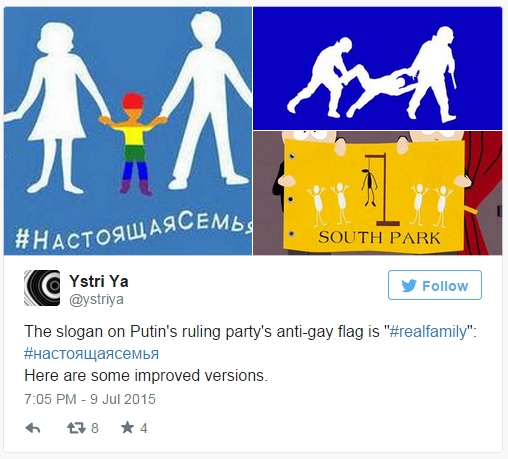 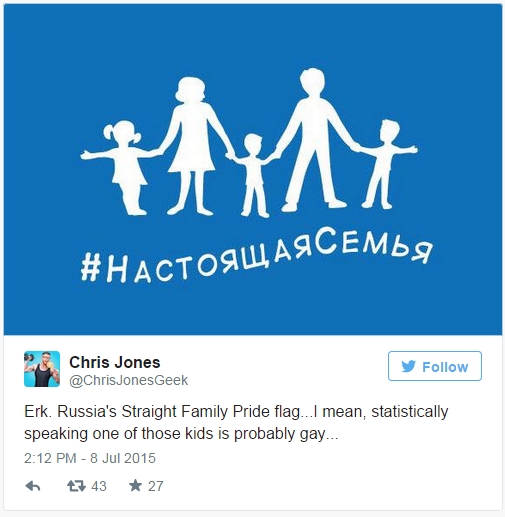 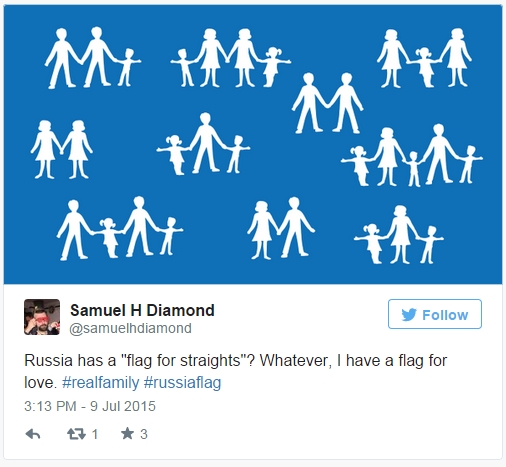 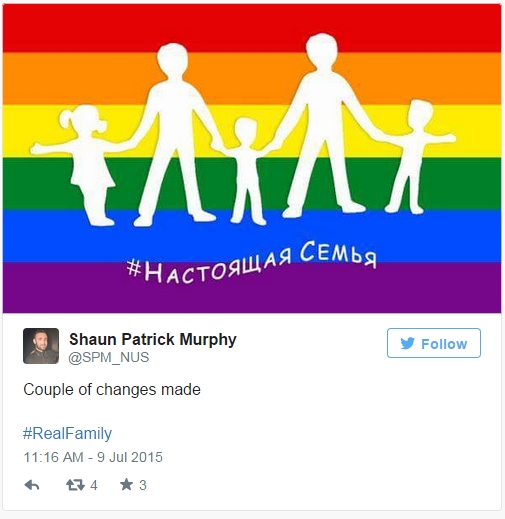 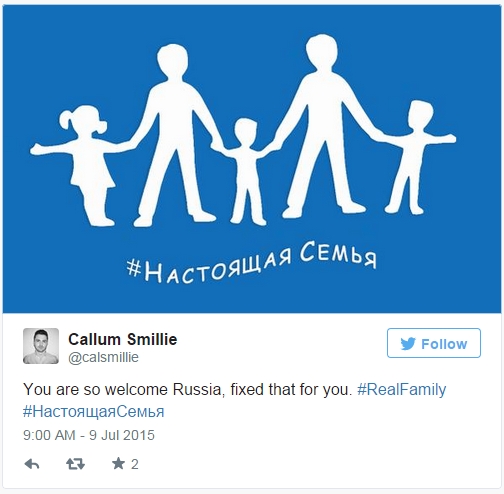