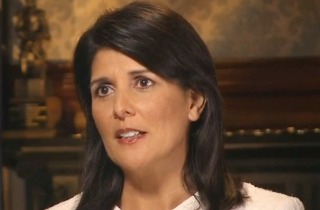 After the Confederate flag came down this morning at the South Carolina state capitol, Governor Nikki Haley spoke with CNN’s Don Lemon about the tough but necessary decision to take it down. Haley said taking the flag down means “one less reason to divide” people in South Carolina.

Haley told Lemon she wants to start talking more about race, especially to young people, as part of an ongoing effort to bring people together.