PORT TOWNSEND — A 13-year-old boy has been charged with three counts of first-degree rape after deputies said he attacked a 7-year-old girl on a Chimacum school bus.

The Chimacum Middle School student is scheduled for his first court appearance at 9 a.m. July 15 in juvenile court at the Jefferson County Courthouse, at 1820 Jefferson St., in Port Townsend.

The Peninsula Daily News does not identify juveniles accused of crimes.

Prosecuting Attorney Michael Haas said the maximum sentence for the three counts is 108 weeks — or two years and a month — in a juvenile facility. 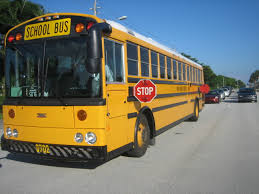 The judge has the discretion to reduce the sentence or impose other options such as therapy or non-jail rehabilitation.

No attorney had been appointed or hired for the juvenile as of Thursday.

“It’s important that he has an attorney to protect his rights,” Haas said.

“In the prosecution we also need to consider the rights of others, any other kids who could be subject to future violations by this person.”

A probable cause statement filed in court told of a series of non-consensual sexual acts that included intercourse that occurred at different times.

The dates of the alleged assaults have not been determined. It was reported at a later date.

The alleged assault was reported after the girl was taken to a physician by her aunt, who serves as her guardian, after the girl disclosed what had happened to her, Haas said.

As required by state law, the physician reported the incident to law enforcement officials, in this case the Jefferson County Sheriff’s Office.

Coincidental to the release of material from the Sheriff’s Office, the girl’s aunt appeared on a KING-TV report, where she was identified as “Rose” to protect the identity of the child. Her face was blurred.

Rose said that she no longer allows the girl to take the bus to school, instead driving her every day.

The boy was expelled from school and was released to his family pending the trial, according to court documents.