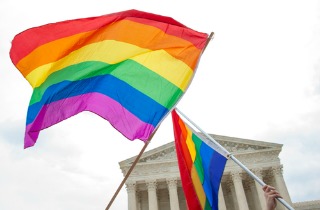 The Salem News reported (and Riverfront Times confirmed) that Dent County Commissioners voted unanimously on this measure, which was described as Presiding Commissioner Darrell Skiles as a way to remind people about “this despicable Supreme Court travesty.”

He also railed against how the Supreme Court gave its “stamp of approval” to “what God speaks of as an abomination.”

Flags at the Dent County Courthouse and Judicial Building will be lowered to below half-mast starting July 26 and ending next June.