A recently-opened exhibit at a Chicago art gallery on race and white privilege features a depiction of Michael Brown‘s body after he was shot in Ferguson.

The exhibit, “Confronting Truths: Wake Up!” was created by artist Ti-Rock Moore. She explains that the goal of here work is to “honestly and frankly… explore white privilege through my acute awareness of the unearned advantage my white skin holds.”

The exhibit includes pieces of the Confederate flag overlaying parts of the American flag (on which the names of the nine Charleston shooting victims are written), a noose, and a cross with the words “White Privilege” on it.

But there is also this depiction of Michael Brown’s body on the ground, surrounded by police tape after he was fatally shot: 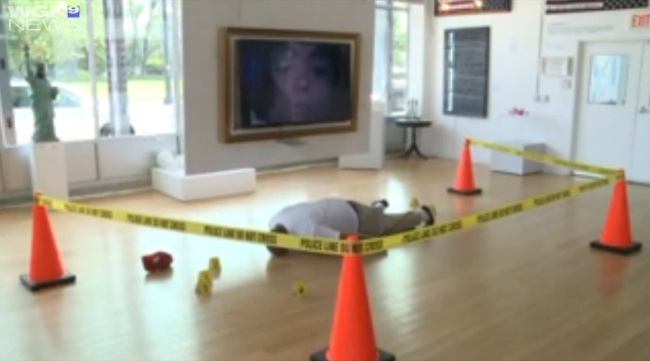