“How can you do something like this? Terrible. This is not human.”

New York police are seeking 18-year-old Asa Robert, who is suspected of raping an 82-year-old woman in Brooklyn on Monday.

Robert allegedly broke into the elderly woman’s house while she was out sweeping the streets around 1:30 a.m. on July 13 — she suffers from Obsessive Compulsive Disorder (OCD). When she re-entered her home, she was held at knife point by Robert, a local panhandler, according to police. Robert reportedly demanded money from the woman, and when she explained she didn’t have any, he held her hostage for four hours, CBS New York reported. 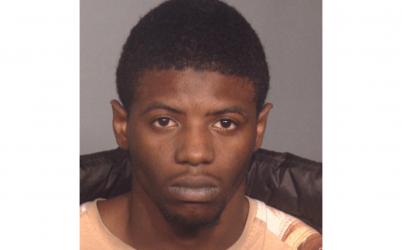 The victim allegedly tried to calm Robert down and offered to cook for him, but he ransacked her home instead. He then allegedly tied her up and raped and sodomized her. At around 6:30 a.m., Robert left with a bag of shirts belonging to the victim’s late spouse and an umbrella, NY Daily News reported. Robert was identified as a suspect due to fingerprints found at the scene. His image was also captured on surveillance video and he was identified by Mark Andrew, who works at a nearby fruit store. He said Robert is a panhandler in the area.


“They should hang him here, here in the middle of Brighton Beach,” Andrew told NY Daily News. “How can you do something like this? Terrible. This is not human.”

“That is an incredibly heinous crime, something that no society, no city can tolerate,” he said. “What that woman suffered and endured nobody should have to suffer and endure at any time, anywhere.”

There is a $2,500 reward for any information leading to Robert’s arrest.

“This lady is a very courageous person,” he said. “She speaks with (the rapist) and kind of gets a rapport going. She really saved herself more damage by her wits.”

Robert has eight prior arrests.