Anthony Hervey, a 49-year-old African-American man well-known in Oxford, Mississippi for his flamboyant pro-Confederacy advocacy, was killed in a car crash Sunday afternoon.

In an interview with the Associated Press, Hervey’s passenger Arlene Barnum said the accident happened after a car full of young black men pulled up alongside them looking angry. Hervey allegedly yelled something back, before losing control of the car and flipping over.

Barnum also told the AP that while there was no Confederate insignia on the car, they had been driving back from a pro-Confederacy rally to save a Confederate memorial in Birmingham, Alabama.

In a Facebook post made the day of the accident, Barnum wrote “HELP. They after us. My vehicle inside down.”

She added a few minutes later “Anthony Hervy [sic] pinned in, gas leaking,” and posted a picture of the accident. 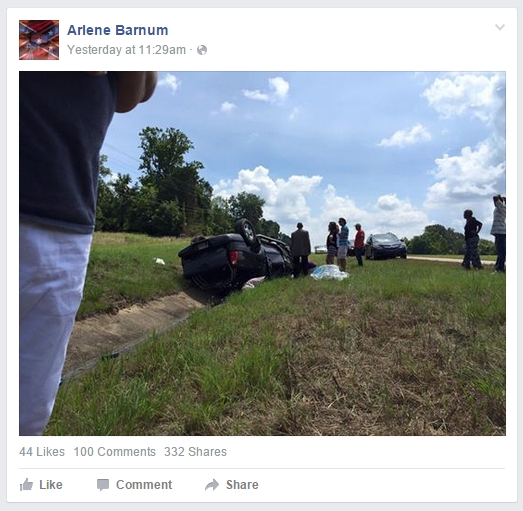 The Mississippi Highway Patrol has yet to comment on Barnum’s claims, noting that there is still an ongoing investigation into the crash.

Next Planned Parenthood Official: 'Video was Illegally Filmed As Part of Harassment Campaign'