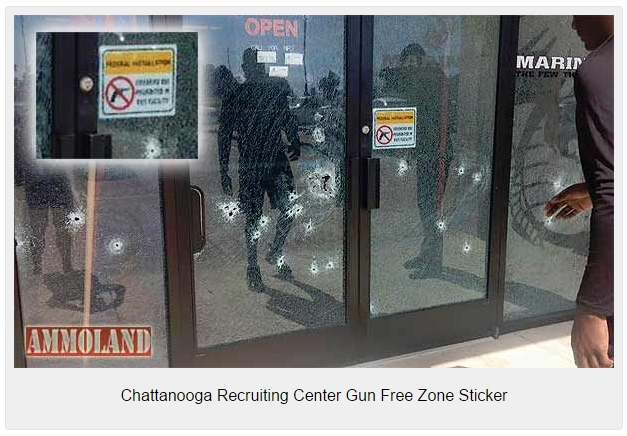 Speaking to CNN Newsroom, Houck said, “I’m a Marine. And this really is hitting me a little harder here than normal that [these Marines] weren’t able to protect themselves at the time this occurred.”

“We need people that are armed,” he added. He also said that even if that means getting armed guards, then so be it; something has to change.

The Tennessean reports that Abdulazeez pulled in front of a recruiting location, shared by various military branches, and shot holes through the “doors and glass… [of] the… Air Force, Navy and Marine offices.” He allegedly did this while sitting in his car.

Ironically, one of the earliest post-attack photos of the recruiting center shows shattered glass and bullet holes by the very sign that designated the office a gun free zone. Mike Ball tweeted the photo: 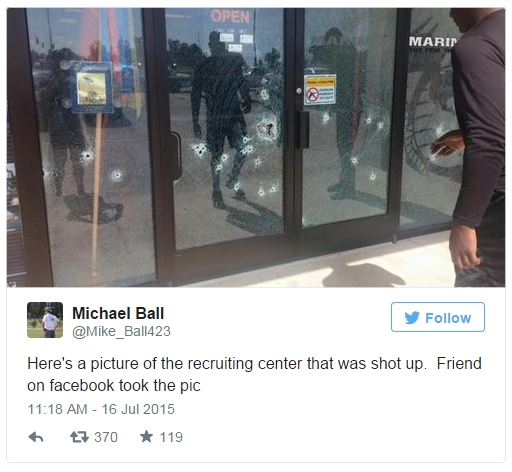 The Tennessean also reports that “within minutes” of the first attack, Abdulazeez allegedly opened fire on “the Navy Operational Support Center and Marine Corps Reserve Center Chattanooga.” The operational center is about seven miles from the recruiting offices where the attack began.

Houck pointed out that the police were in pursuit of the gunman when he began the second attack “and he still got… rounds off.” Houck praised the police for their bravery and commitment, but stressed again that the Marines inside the center simply had no way to respond to Abdulazeez’s attack;

…they had no means with which to defend themselves.


Previous Why Didn’t Obama Treat Iran as He Treats Republicans?